It seems that a week can’t go by without some mention of a trade repository being made in the US market. This week, the Depository Trust & Clearing Corporation (DTCC) has been doing its bit to renew its call for regulators and financial market participants to use its own Trade Information Warehouse as a repository for OTC derivatives trade data.

The US regulatory community is keen to get deeper into the data details of the OTC derivatives market and hopes to increase transparency by mandating the use of exchanges, clearing counterparties and, potentially, trade repositories. Securities and Exchange Commission chairman Mary Schapiro has been talking about this subject since July and the DTCC is keen to capitalise on this attention but is concerned that regulators may be going down the wrong track.

The DTCC is therefore keen for the introduction of a legislative mandate to compel firms to submit trade data to a repository, for all trades rather than just those that are not cleared on a CCP, and has submitted a testimony to the House Financial Services Committee to this end. As the Trade Information Warehouse is currently the only contender on the market that is in full operation to provide such a service, it would likely bag the majority of the market in one fell swoop.

Larry Thompson, DTCC general counsel, explains: “As the operator of the only global trade repository, we have a unique perspective on its value in helping regulators mitigate systemic risk during a crisis. We believe that all derivatives traded by US financial institutions should be reported to a single trade repository for each asset class, which would serve regulators as a comprehensive source of information. From a public policy perspective and in the interests of ensuring the stability and transparency of financial markets, there must be a consolidated, comprehensive single entity that collects and maintains the underlying position data and makes it available to regulators in the most efficient, timely and usable manner.”

In the testimony this week, Thompson expressed concern that current legislative proposals, which require only those trades that are not cleared through a CCP to be reported to a repository, could undermine the goals of re-regulation and represent a step backward by reducing the level of transparency that now exists in the marketplace.

“We are concerned that the legislative proposals under consideration would have the effect of denying regulators the opportunity to see systemic risk from a central vantage point because it would fragment the existing information on CDS contracts stored in the repository,” Thompson says. “We strongly recommend that the draft legislation before the House be revised to ensure that all credit default swap (CDS) trades, regardless of whether they are cleared or not, be reported to a single swap repository, which exists to provide regulators and the public with the consolidated information they need during normal times, and, especially, at times of crisis.”

Thompson reckons that if a CCP and its repository work in tandem to support each other’s functions, risk can be significantly mitigated and transparency enhanced in the marketplace. “We are concerned that some in the OTC derivatives market may assume once a trade guarantee is provided through a CCP, there may be less need for a central registry to track the underlying position data. We reject this view, based on our long experience managing the risk flowing from the failure of a single member firm. At the critical juncture of a firm failure, knowing the underlying position data of multiple transactions in a timely manner will be significant in providing transparency to regulators – and in protecting confidence in the market itself. We believe the role of having a central repository should be reinforced as a matter of public policy,” he says.

The idea of a trade repository for derivatives data is not confined to the US, however, as the Committee of European Securities Regulators (CESR) has just released a new consultation paper examining the need for a new repository for this data. By placing this data into a centralised registry that maintains an authoritative electronic database of all open OTC derivative transactions, CESR hopes to gain a better handle on the flows and risk exposures within the market.

This regulatory focus on the derivatives data space could certainly prove beneficial to the DTCC. Its Trade Information Warehouse provides information on the underlying position data of CDS transactions and handles the calculation, netting, and central settlement of payment obligations between counterparties, and automates the processing of credit events: all of which are of interest to the regulators.

CESR refers directly to the DTCC in its discussion paper and the SEC has been in talks with the vendor for some time, so the outlook is positive for the moment. However, CESR also contends that other potential entities exist in the market that could be adapted to operate as a repository in the future. This would likely be the route used for the establishment of a European-based repository. As has been demonstrated on the CCP front, Europe is not keen to rely on US-based entities due to fears about legal (and most certainly political) control being ceded.

As data volumes and complexity continue to increase, buy-side data management is at an inflection point. Manual processes and data siloes are no longer fit for purpose, and firms need to take a more holistic approach to data management that not only reduces manual intervention and cost, but also increases data access and accuracy for...

END_OF_DOCUMENT_TOKEN_TO_BE_REPLACED 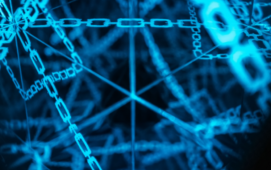