In a shock move this week, News Corp has replaced Dow Jones CEO Lex Fenwick with William Lewis, News Corp’s chief creative officer who will serve as interim CEO at Down Jones until a permanent CEO is appointed. The change of CEO coincides with a review by News Corp of Dow Jones’ institutional strategy.

Fenwick joined Dow Jones in February 2012 after a 25-year career at Bloomberg, where he was most recently CEO of Bloomberg Ventures. News Corp chief executive Robert Thomson noted Fenwick’s contribution to Dow Jones of the ‘original vision of DJX as an innovative way to integrate content and deliver it to customers in a timely manner.’

Thomson said: “We are reviewing the institutional strategy of Dow Jones with an eye towards changes that will deliver even more value to its customers. As part of that, we are planning improvements to DJX. We will also be redoubling our efforts to develop The Wall Street Journal and its digital properties globally.” Dow Jones’ DJX information service has been in beta since it was introduced last year.

END_OF_DOCUMENT_TOKEN_TO_BE_REPLACED 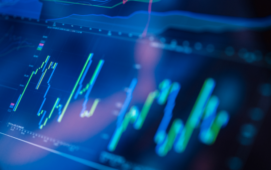