Risk and compliance screening and enterprise data management specialist, Datanomic, today announced its intent to dominate the AsiaPac market with the enhancement of transliteration capabilities for its dn:Director for Sanctions & PEP (Politically Exposed Persons) Screening solution through an extended partnership with the CJK Dictionary Institute (CJKI), one of the world’s leading providers of Chinese, Japanese, Korean and Arabic lexical databases.

Following closely behind its announcement on securing as a customer one of the premier financial services organisations in the region – Prudential Corporation Asia – Datanomic’s extended alliance offers financial services companies and other regulated industries located within or trading with the Japanese and Chinese-speaking world an unrivalled ability to match their native language data against global Sanctions and Watch Lists. Already enabling Prudential Corporation Asia to screen up to 15 million records across 11 countries, Datanomic believes that this strategic partnership extension could see its AsiaPac revenues spike as regulatory pressures continue to increase in the region.

At a technical level, Datanomic has integrated CJKI’s database covering approximately four million entries in Japanese and Chinese (both simplified and traditional), including a rich set of grammatical and semantic attributes. CJKI data will be used for Japanese transcription and name recognition in Kanji, Hiragana and Katakana, enabling advanced matching capabilities when matching both Japanese to Japanese (for domestic or in-house lists) and Japanese to Latin names (for global Sanctions lists), both of which are notoriously complex within the screening community. For Chinese, Datanomic uses CJKI data for name variant recognition in conjunction with the company’s own transliteration, ensuring comprehensive match recognition across the various writing systems used to represent Chinese names.

Jonathan Pell, CEO, Datanomic, commented, “AsiaPac is a strategic territory for us and a key part of our global expansion. We’re already securing the biggest names in the financial services market, such as Prudential Corporation Asia. Our explosive growth is fuelled by international legislation in financial services and other heavily regulated industries, such as logistics, and third party supply chain companies. As perhaps the only company able to maintain exceptional matching accuracy whilst delivering such an extensive transliteration capability, we are leading the way in best practice globalised sanctions screening.”

END_OF_DOCUMENT_TOKEN_TO_BE_REPLACED 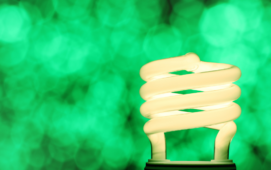 By Heiko Stuber, senior product manager, financial information, SIX. What trades will we have to pay penalties on and how much will we need to pay? This is still the fundamental question financial institutions face since the Central Securities Depository Regulation (CSDR) Settlement Discipline Regime came into force back in February. But as so often...