Corvil announced a collaboration with Cisco Systems (which is also an investor in Corvil), to integrate its CorvilNet latency monitoring technology with Cisco’s Nexus 3548 switch, so that the latter can provide time stamping functionality and analytics, such as on data buffer queues.

The integration – which TS-Associates also offers – follows a trend to implement certain high performance functions in network infrastructure itself, rather than have it provided by separate appliances and software suites. In the future, latency monitoring tools will concentrate more on offering “correlation, analysis and reporting,” says Corvil’s vice president of product management Donal O’Sullivan.

Meanwhile, TS-Associates announced a major upgrade to its Correlix product, that it acquired in the middle of last year. The Correlix 5 upgrade includes:

* Increased performance, with a re-engineering of data flow latency metrics aggregation. This is of particular relevance to large installations, which have a larger number of data flows requiring processing.

* Faster query time for data searches, based on criteria such as order ID, latency or time of day.  Beta tests show a 500% speedup.

* New APIs. One is a software development toolkit to allow others to develop custom feed decoders and data management rules.  Another is a REST interface to allow for data extraction by other applications, to generate custom reports.

* An end of day reporting module allowing customised reports to be generated from the massive data collected by Correlix over a day. Reports cover precision latency statistics, percentiles and daily totals of traded volume/value, and are saved for historical views and for presentation of daily trends.

For the future, TS-Associates intends to merge its Correlix, TipOff and Application Tap latency monitoring offerings into a single product, to cover both technical infrastructure and business workflow monitoring and reporting.

END_OF_DOCUMENT_TOKEN_TO_BE_REPLACED 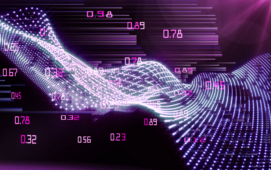