Connectivity in Financial Markets: Are We Over the Need for Speed?

Around the world, automated systems trade equities, futures, currencies and contracts in fractions of seconds. Admired and feared in equal measure, this high frequency trading (HFT) is firmly embedded in financial markets. Although its share has been declining since the financial crisis of 2009, HFT still accounts for around half of equity volumes in the US and 35% in Europe. A delay of a fraction of a second can mean the difference between profit and loss; the HFT business depends on ultrafast connectivity and low latency.

Engineers have worked continuously to optimise technologies and reduce the delay in sending/receiving information between data sources, trading systems and venues. As a result, the time taken to execute a high frequency trade has dropped significantly. At the millennium, trades took several seconds to execute. Today, we’re looking at microseconds (less than the blink of a human eye).

Successive waves of technology and optimisation have contributed to improvements in latency. Stanford University, has shown how the switch from fibre optics to line of sight microwaves reduced latency from seconds to milliseconds in exchanges between Chicago and New York. Microwave signals can travel through the air nearly 50% faster than light can travel along optical fibre cables.

While speed remains important, the need for speed varies between different locations and different asset classes. Companies are still chasing latency reduction, and seeking higher speed in several contexts of processing and performance. When we look around Western Europe, North America, Japan and, increasingly, China – places where there are multiple markets – companies are still spending money in certain types of environment. One example is the two giant microwave masts proposed by three US trading companies for sites in Kent, close to the English Channel, with the aim of shaving milliseconds off trading speeds by mitigating the effects of the curvature of the earth. The goal is to reduce latency between London and Frankfurt (it currently takes about six milliseconds for a data message to travel between London and Frankfurt on a microwave network). The local authority has refused planning permission for the 300m masts.

The race for pure speed is won

However, for many aspects of financial trading, speed is increasingly just another hygiene factor, the price of entry to the market. Engineering infrastructure to support high performance trading systems is well understood. We know how to get latency as close as possible to theoretical minimums (that is, as close as possible to zero), so to an extent, the race for pure speed is over. The goal now for the CIO must be how to deliver near zero latency consistently; not just on a Monday afternoon at 3pm, but round the clock, and with a high degree of reliability. We now need to redirect all the technology innovation and experimentation that went into finding ways to reduce latency to discovering how to deliver consistent latency performance in a hugely deterministic manner.

Speed is not the enemy

Regulators are wary of HFT, concerned about its impact on market stability and integrity. Some have tried to put HFT back in the box. Both France and Italy have introduced a tax on high frequency trades; Germany requires HFT companies to be licensed. The trouble is that the genie is already out of the bottle and high-speed connectivity has already reshaped financial markets. Telecommunications and other technologies will continue to evolve. It’s going to get more sophisticated and it makes no sense to regulate against technology. The regulatory agenda already consumes a great deal of human capacity that might otherwise be spent on innovation. Regulators need to be aware of what’s happening but not closing doors. Speed is not the enemy.

Up until around 2012, the high frequency trading model was enormously profitable. But that’s not necessarily the case today. We are in an era of consolidation and mergers are common. In part, this is natural evolution. When HFT was new, the pioneers could make money. Now everyone else has caught up and the opportunities have declined.

Leading traders are consequently looking beyond speed at other ways to differentiate and sharpen their competitive edge. One of these is to glean intelligence and insight from their data and use that as a trading advantage.

The future lies in developing algorithms to predict what the market will do, based on data. To achieve this, traders must have access – connectivity – to data, both old data and new data sets from incumbent providers and data innovators with new algorithms and applications.

This growing appetite for data and analytics will make new demands on connectivity. And here is where dynamic cloud ecosystems can help, as they provide a solution to increasing and changing market connectivity requirements.

A new challenge: the race for insight

Effectively, the latency race may be over, and the starting gun has fired for the next technology challenge: the race to produce precise market intelligence from giant data sets and extract insights that can be actioned at speed. We’re going to see the quantitative approach to trading have a renaissance. Traders will use AI and machine learning to help them interpret and respond to events. Financial companies must now start to explore and exploit the analytical techniques and technologies that will help them anticipate, identify and act on opportunities.

END_OF_DOCUMENT_TOKEN_TO_BE_REPLACED 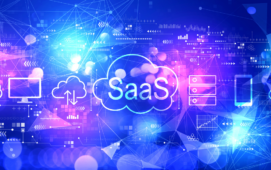