As noted by Reference Data Review earlier this year, the US Commodity Futures Trading Commission (CFTC) is examining the data standardisation challenges underlying the provisions contained within the Dodd-Frank Wall Street Reform and Consumer Protection Act relating to the introduction of new swaps data repositories. To this end, last month saw the CFTC conduct a public roundtable on the subject, which included in-depth discussion of the challenges inherent in entity and instrument identification in a market with low levels of standardisation. Mark Dixon, chief operating officer of Evolution Markets, raised the topics of the spectre of legacy systems and new product development as key issues going forward.

Jeremy Barnum, managing director of Investment Banking at JPMorgan Chase, warned that the regulatory community should not make a rod for the industry’s back by ignoring the standards that are already used by firms for risk management purposes. He indicated that should more standards be introduced, “you might create a huge amount of overhead around that reconciliation (of different identifiers) for relatively little benefit”.

Raf Pritchard, CEO of North America at clearer TriOptima, agreed and highlighted the use of entity identifiers provided by trading venues to this end. “I suppose in our risk management service we’ve got cleaned up thousands of legal entities as we received that data and practical steps have been taken to address these problems in the market. One thing that does happen quite a lot is that when data gets passed around, the identifiers from the venues that are out there are used a lot. We get a lot of IDs in our data room. We pass outside, drop some IDs back out to the market. So in terms of – you can refer to a trade by one of the identifiers that is already electronically – a venue identifier adds a lot of value and can provide a practical solution to some of these standardisation problems.”

However, the panellists agreed that the coverage of these identifiers is far from comprehensive and much still needs to be done to improve the situation. Dixon described the legacy, siloed nature of financial institutions’ systems as the biggest challenge, or “heavy lift”, in terms of standards adoption more generally. He also noted that there are a number of basic questions that need to be answered with regards to data standards, before action can be taken at a regulatory level, including: “what’s the minimum dataset you need?” He explained that some level of uniqueness is needed and that the time of day at which this data provided will have an impact: “Because at certain times of the day you may need one dataset and at the end of the day, post reconciliation, you may need another dataset.”

Dixon, however, is convinced of need for a standard identifier for instruments and described it as “essential going forward”. But how to get there? Panellists were unsure.

The CFTC’s own special counsel for the Division of Market Oversight David Taylor raised the issued of parent/child hierarchies as a key sticking point for the development of a comprehensive entity identifier for systemic risk tracking purposes (a topic that has really got the industry talking of late). He posed a number of questions to the panel in this regard: “Is it workable to get – separately from that one unique ID of the counterparty – to get affiliation data into the swaps data repository? It would be in different parts of the data structure, but it would be there so that regulators could do aggregation. Or is there a better way to do that? How do you deal with also getting the affiliation data? And it’s – here we have both potential or existing repositories, and we also have counterparties.”

This is the same challenge a reference data utility would face in attempting to provide the data to the regulatory community to track systemic risk and it has been raised as an issue by market participants in Europe with regards to the development of the Bank Identifier Code (BIC) as a legal entity identifier. What level of granularity and detail can be packed into an identifier in order to be able to roll that data up to parent level, including ownership percentages?

Joseph Glace, chief risk officer of Exelon, who was representing the Coalition of Derivatives End Users (a trade coalition that has provided extensive feedback on the Dodd-Frank reforms), indicated that the code itself is not generally “intelligent”, it is rather the remit of other mapping software to track parent/child hierarchy data and aggregate the relationship. “Also typically, the counterparty ID is just an unambiguous single tag for a counterparty that the trading systems or some other aggregation hierarchy assembles and somebody else has to declare what the relationships are between the parent and the sub. So again, from our standpoint, generally speaking, we just usually don’t try to make a string code that identifies it within the code. That’s usually difficult,” he explained.

The Depository Trust & Clearing Corporation’s (DTCC) Trade Information Warehouse (TIW) general manager Stewart MacBeth added that although this kind of identifier may not exist at the moment, the vendor is looking at this space. No surprise, given it has bought entity data vendor Avox for this purpose. “We do have a set of reference data around counterparties that we use. In the short term, we expect we would have to enrich that to something like that. We have a family grouping so we can roll some of the data up within a family and present that. But we don’t have an exhaustive dataset of all affiliates or the nature of their relationship or ownership. And practically, that really sounds like to me a service that you will have to in effect subscribe to really to keep that current. So that is the way I see that counterparty legacy,” he elaborated. Thus keeping the commercial interests of the DTCC utility offering on the table.

Sunil Cutinho, director of clearing solutions at the CME Group, and TriOptima’s Pritchard indicated that their own firms are also engaged in a similar endeavour in order to monitor entities from a market surveillance perspective and for regulatory reporting purposes. The remit of a counterparty identifier should therefore remain as a simple entity data tag, rather than attempting to contain too much information, by this logic.

The full transcript of the discussions (all 400 pages of it) is available to view here.

For those that may be interested in how the US derivatives regulations are progressing in comparison to some of the proposals from the rest of the world, the CFTC has also recently produced a document that summarises this information.

END_OF_DOCUMENT_TOKEN_TO_BE_REPLACED 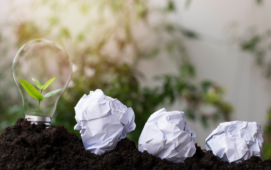