The Canadian Securities Administrators’ (CSA) trade repositories consultation paper, which was published at the end of June, reflects the importance the regulator is placing on keeping the country in line with international data standardisation efforts. The trade repositories proposals, which were put together by the CSA’s derivatives committee as part of its overhaul of the OTC derivatives markets, therefore include key requirements to monitor and follow any recommendations made regarding legal entity identification (LEI) and instrument identification standards.

In order to highlight its international connectivity, CSA points to figures from December 2009: “The outstanding notional value of the OTC derivative activities by the six major Canadian banks, based on an informal survey they conducted through the Industry Advisory Group, was US$10.1 trillion, which is less than 2% of all OTC transactions and 78% of the counterparties that the six major Canadian banks transacted with were non-Canadian.” Keeping on the same page as these counterparties in a data standardisation and regulatory sense is therefore important to the regulator, as it strives to bolster its national markets.

Accordingly, the paper notes the desire of the CSA for all repositories in the country to meet the internationally accepted governance and operational standards recommended by the Committee on Payment and Settlement Systems (CPSS) and the technical committee of the International Organisation of Securities Commissions (IOSCO). The regulator is therefore also closely monitoring developments going on within the US and international discussions on the LEI issue as part of the remit of the Office of Financial Research (OFR).

On this note, the paper states: “OTC derivative transaction data should be reported in accordance with international standards for data reporting. Unique identifiers for legal entities, transactions, product types as well as country specific identifiers should be developed in accordance with international standards and reported for each OTC derivative transaction.” One can therefore expect the way that trade repositories operate in the country and their related regulation to closely reflect those of Canada’s closest neighbour.

Much the same as the US legislation on the subject, the CSA indicates that trade repositories should make available to the public aggregate data, including information on positions, transaction volumes and average prices. Anonymous post-trade transaction level data should also be made public provided that it “would not be detrimental to market liquidity or function.” However, this is a note of potential contention within the US at the moment and data ownership and control has become a serious issue of discussion over recent months.

The US regulatory community is currently wrangling over the practicalities of swaps data repositories and earlier this month, Commodity Futures Trading Commission (CFTC) commissioner Scott O’Malia noted that there is currently a lack of clarity around who will actually own the swaps data stored within these market infrastructures. “Between the swap counterparties, the swap execution facility, the derivatives clearing organisation or the swaps data repository, it remains unclear as to who owns and has rights to make commercial use of the actual data. I recognise that given the commercial use limitations proscribed in Part 49 of the Commission’s rules, we are seeking to temporarily avoid this issue by speaking in terms of possession, as opposed to ownership, of the data. However, given that old adage that possession is nine tenths of the law, I am not so confident we are dodging any bullets by refraining to speak on this issue,” O’Malia warned his fellow commissioners.

For now, the Canadian regulator has not discussed these issues publically, but it is continuing to seek input on its proposals from industry participants before the deadline of 12 September.

END_OF_DOCUMENT_TOKEN_TO_BE_REPLACED 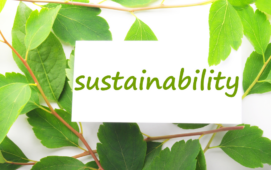