Bloomberg is up and running with a trade reporting solution for European Market Infrastructure Regulation (EMIR) ahead of next week’s deadline. The company has used existing infrastructure to set up the solution and will initially report trades to European trade repositories operated by DTCC and Regis-TR.

Bloomberg is offering the EMIR reporting solution as a no-cost addition to its Bloomberg Professional service subscription and started to onboard users in January. Its aim is to allow users of any of its electronic or voice trading platforms to send derivatives trades within the scope of EMIR seamlessly to a repository of choice. A little less seamlessly, trades executed away from a Bloomberg terminal can also be reported using the solution.

Rob Friend, global business manager for fixed income, commodities and currencies and foundational applications at Bloomberg, explains: “This solution leverages Bloomberg’s network and capabilities to send trades. Users of Bloomberg trading platforms need to sign up to a repository and get a Legal Entity Identifier (LEI) so that they can report. Trade data can then be sent directly from traders’ terminals to a repository.”

Bloomberg has helped clients meet the EMIR requirement to report trades going back a couple of years by offering them an Excel upload that loads trade records into Bloomberg systems for onward transmission to a trade repository.

Traders can use Bloomberg’s Unique Transaction Identifier (UTI) service to ensure all back trades have a UTI as required by EMIR, or they can agree a UTI with a counterparty and add it to the upload. Live trades on Bloomberg platforms automatically generate a UTI and this can be used for reporting or be changed by the parties to the trade before reporting.

Trades away from a Bloomberg terminal can be uploaded to the Bloomberg system in a similar way to trade records, a process that Bloomberg says is fairly straightforward to set up. The solution can also be configured in different ways, perhaps to send trades automatically or review them before they are sent.

Friend says Bloomberg will add more trade repositories to the solution and consider the need to connect to repositories in other jurisdictions depending on client demand. He suggests corporates and buy-side companies are struggling most to resolve the EMIR reporting problem, with many large banks and other sell-side operations implementing their own connectivity to repositories.

While LEIs are mandated as part of the reporting process under EMIR and it is not possible to register with a repository without an LEI, the number issued to date falls far short of the number of organisations that will have to report derivatives trades. This, suggests Friend, means there will be a scramble to get LEIs in the next few days and weeks, followed by a scramble to register with trade repositories. His suggestion is reflected on the Regis-TR website, which carries a notice to the effect that unprecedented demand for services over the past few weeks means the repository cannot guarantee account set-up ahead of the EMIR reporting start data on February 12 for customers that did not submit complete and accurate documentation before February 5.

END_OF_DOCUMENT_TOKEN_TO_BE_REPLACED 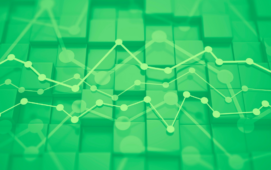