big xyt has released a cloud-based tick data hub designed to provide trading firms with access to tick data and analytics through a single application programming interface (API). Bats has signed up as the first xyt hub exchange partner and will offer tick data to end clients for algo back testing and analytics.

The hub follows the July 2017 introduction of the company’s Liquidity Cockpit, which provides trading firms with enhanced visibility over dark and lit liquidity. It includes both data-as-a-service and analytics-as-a-service functionality and is capable of managing tick data with nanosecond precision and providing market-by-order granularity. Data quality is also key, along with the ability to respond quickly to client requirements for new datasets.

Robin Mess, CEO at big xyt, explains: “The xyt hub brings together data consumers and data producers. Exchanges produce raw data and derived data, and data vendors produce normalised data.” The xyt hub collects raw data from exchanges, the first being Bats, which connects directly into the hub via the API. Normalised data is sourced from a partnership with Activ Financial, which provides data from over 100 trading venues. There are plans to integrate with more data vendors and another exchange is expected to come onboard shortly.

Alex Dalley, co-head of sales at Bats Europe, says: “The xyt hub is an additional distribution channel for our pan-European market data.” xyt is offering free access to Bats datasets up to a usage limit in line with the exchange’s policy. Users running extensive algo testing against the data will be charged a usage fee.

Use cases of the hub include best execution under Markets in Financial Instruments Directive II (MiFID II) as it allows firms to compare data across venues. Other use cases of the data-as-a-service portion of the hub include algo development, testing and optimisation to improve execution performance. The analytics-as-a-service portion provides analytic functions, including effective spreads and market impact analysis.

Mess says the xyt hub will initially be attractive to smaller trading firms that can’t afford internal IT and need a cost-effective tick data solution, although he does foresee larger clients signing up at a later data. A handful of firms in the US and Europe, including market maker RSJ Securities, are using the hub, with firms in the Asia-Pacific region expected to follow suit.

END_OF_DOCUMENT_TOKEN_TO_BE_REPLACED 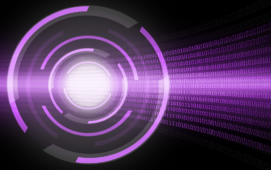