Bear Stearns has signed a two-year agreement for access to Fidelity ActionsXchange’s corporate actions data and processing solution. The big U.S. investment bank will implement the Fidelity service in support of its global equities and fixed-income operations.

Boston-based Fidelity ActionsXchange, a subsidiary of Fidelity Capital, will provide Bear Stearns with access to its proprietary platform for processing corporate actions data. As part of the deal, Bear Stearns will receive both a web-based data service and a FTP feed of corpor-ate actions data that can be integrated with various processing applications in its equities and fixed-income departments. Fidelity ActionsXchange can deliver data in XML, ISO 15022 and other standard formats.

Data is sourced by Fidelity ActionsXchange itself, which staffs its Boston offices with almost two-dozen data analysts and corporate actions specialists, from exchanges, newswire services and company web-sites. These analysts also monitor, cleanse and validate data sourced from a range of third-party corporate actions data suppliers, whose services are delivered via the ActionsExchange offering. These include corporate actions specialists like the Depository Trust & Clearing Corp. and Xcitek, data vendors like Exchange Data International, Telekurs Financial and Xinhua/Mergent.

The ActionsXchange service will allow Bear Stearns to prioritize the application of corporate actions according to the significance of the firm’s holdings in a particular security. As well as the usual equities-oriented corporate actions data, Fidelity will provide actions covering its bond holdings, including dividends, payments, defaults and terms and conditions.

Initially positioned as a software provider, providing the ActionsSource platform as an on-site solution for processing of corporate actions data, the company has more recently established itself as a data and data-cleansing service, with some 30 broker/dealer, asset management, custodian and hedge fund clients. Birdsall says that while Fidelity ActionsXchange would still consider delivering an on-site solution for clients where appropriate, the strategic direction is toward more service-oriented offerings.

As such, to complement its ActionsXchange data and validation service, the company recently launched ActionsCompare, a hosted, ASP-based offering that adds clients’ own data sources to ActionsSource, while outsourcing data cleansing, validation and maintenance to Fidelity’s staff.

Clients can use ActionCompare to compare Fidelity-sourced data with the client’s own or custodian data. By comparing ActionsXchange’s data with that of the client, Fidelity is able to produce a composite corporate action summary record specific to each client.

This identifies any discrepancies between the two sources of information; clients can then use a web-based tool to query their summary records and complete or resolve data conflicts in a secure, client-specific environment.

The service requires clients provide Fidelity with their custodian or proprietary data files. ActionCompare is ISO 15022-compatibl, and features rules-based data transformation from proprietary file formats. The data is loaded into a client-specific database, where algorithms match data from the two sources, identifying conflicts, which are then reported in the client summary.

Birdsall says the new offering is currently in beta. “We have a couple of clients looking to move forward with it,” he says. These clients are attracted by the opportunity to leverage Fidelity’s technology while enjoying the service levels of the ActionsXchange service.

More broadly, Birdsall reports increasing interest in corporate actions across the enterprise, as institutions take a more enterprise-wide view of their approach to data management. He says one new area of interest is in the front office. Corporate actions traditionally have been the preserve of back- or middle-office operations departments. Increasingly, however, Birdsall says, firms are seeking ever-higher returns, making their attention to detail on corporate actions processing ever more important.
This quest for higher returns initially found its footing within the hedge fund marketplace. Birdsall points to Fidelity ActionsXchange’s win earlier this year at AQR Capital Management, a large U.S. quantitative manager, which implemented ActionsXchange to aid in its investment decision-making process. This thirst for higher returns is now expanding beyond the hedge fund environment into the broader financial services marketplace, Birdsall says.

END_OF_DOCUMENT_TOKEN_TO_BE_REPLACED 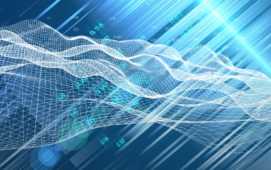