Paloma Pedrola has been appointed International Manager for Custody and Trustee Services. Based in Paris and reporting to Etienne Deniau, she will be responsible for coordinating existing custody and trustee services in Western Europe, (Germany, Ireland, Spain, United Kingdom), Central and Eastern Europe (Croatia, Czech Republic, Greece, Poland, Romania, Russia, Serbia, Slovenia), and Africa (Egypt, Morocco and South Africa). She will also be responsible for developing these services in new countries, in particular Tunisia, Ivory Coast and Bulgaria.

Christian de Beaufort has been appointed Head of Investor Services for SGSS in Spain. Reporting to Etienne Deniau, Head of Custody and Trustee Services, he will be responsible for developing SGSS’ activities in the country. 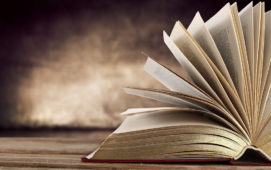 Recorded Webinar: Managing data for the Fundamental Review of the Trading Book (FRTB)

You can listen to the recording of this webinar by registering on this page. The January 1, 2022 compliance deadline for Fundamental Review of the Trading Book (FRTB) regulation may be three years out, but if your organisation is within scope of the rules, the time to address their data management challenges is now. Will...