Following a barrage of criticism from market participants, government figures and regulators alike, the Financial Accounting Standards Board (FASB) has finally released a number of proposals concerning mark to market accounting rules. The proposals include allowing firms more leeway in determining if a market is active and whether a transaction is distressed. However, a number of bodies have already criticised the proposals, including the American Bankers Association (ABA), which says more guidance is needed, especially in the area of other than temporary impairment (OTTI).

While we are encouraged by today’s action, we believe that the proposal does not adequately address problems with OTTI, which is critically important and has been extremely controversial for many years. Specifically, losses recorded in capital should be based on economic losses rather than market losses,” the association said in a statement.

The association believes that problems with mark to market accounting have needlessly exacerbated the current economic crisis and resulted in the loss of billions of dollars in capital and therefore FASB needs to do as much as it can to improve matters.

“ABA has called for improved mark to market accounting guidance in time for companies to use it when preparing their first quarter financial reports, and we are pleased that FASB is acting a timely fashion. While we welcome today’s news, it will be important to look at the details of the written proposal to see how fully it improves the guidance. It will also be imperative to examine the practical effect the proposal will have based on the various ways it is interpreted,” the statement concludes.

ABA issued a similar statement last month, with a view to prompting further action by the FASB, but it seems that the accounting trade body has yet again failed to satisfactorily deal with the issues raised.

END_OF_DOCUMENT_TOKEN_TO_BE_REPLACED 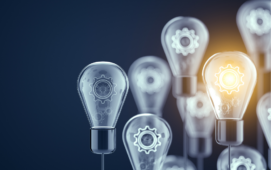