A Blip is Back on the Radar

Earlier this year I noted that all had gone quiet on the Western Front with regards to the securities industry’s grand plans for an “investment roadmap” for standards. Although Swift and other industry bodies had been talking about interoperability, not much had been said in reference directly to the roadmap. Not so this week, however, as a blip has come back on the radar to indicate it has not fallen off the industry agenda.

The idea of a more structured approach to messaging standards across the industry via the development of an interoperability roadmap was first mooted back in 2008 with much fanfare by Swift, the International Swaps and Derivatives Association (ISDA), the International Securities Association for Institutional Trade Communication (ISITC) and FIX Protocol. However, up until this week, the key industry bodies involved in the initiative have been keeping quiet on the subject (hence my pondering about whether it had completely fallen off the radar).

Arun Aggarwal, managing director of the UK, Ireland and the Nordics for Swift, admitted that the roadmap had stalled when I spoke to him in July. “The roadmap has not extensively progressed over the last two years but interoperability is a key feature of 2015,” he explained.

But perhaps that admission prompted the interested parties to kick it up a notch, as this week, the group has indicated it has added XBRL US to the party and published an FAQ document to indicate progress so far. The Financial Information Services Division (FISD) of the Software and Information Industry Association (SIIA) has also been added to the group along the way, although not as recently.

The involvement of XBRL US makes sense, given that Swift is working with the association in its initiative to bring XBRL data tagging to the world of corporate actions. That initiative also involves mapping the XBRL taxonomy to the ISO 20022 messaging standard in order to ensure that they are compatible in the future: an interoperability push that is in keeping with the standards investment roadmap.

According to the now enlarged group, the roadmap’s purpose is to provide market participants consistent direction when using financial services messaging standards by visually mapping the protocols to their appropriate business processes across asset classes. It is therefore aiming to lay the groundwork for moving towards one common business model, ISO 20022, while allowing the respective standards organisations to continue maintaining their existing protocols – FIX, ISO, FpML and XBRL (the newest addition). To this end it is using the ISO 20022 business model and domain specific syntaxes as an end goal.

The idea behind interoperability is simple, in that rather than all standards converging under one roof, each retains its own syntax and format but mapping between these standards is introduced to ensure that conversion between them can be performed automatically. This is by no means a new concept; there have been a number of collaborative projects running under the banner of interoperability over the last couple of years, but it is an extension of these on a much larger scale.

Judging from the statement released this week by the group, the rhetoric about how beneficial the endeavour could prove in the long term is back, but how much actual work has been done thus far?

The Investment Roadmap presentation and FAQ (both available to download at the bottom of the page) indicate that the pieces of the pie have been carved up: the various moving parts of the industry have been broken down and plotted on a graph to indicate which standards cover which part of the financial transaction and supervisory reporting chains, respectively. Different functions, from front office trade execution to back office reconciliation, have been defined and tagged with a standard or standards that can be used in that context (even if they are not currently being used – XBRL for corporate actions, for example).

So, the groundwork has been laid to identify any points of interaction or “peering” points between different standards: a map has been drawn. Now comes the more difficult part: the development of a common data dictionary and improving interoperability between these individual standards.

To this end, the group indicates it will continue to meet on a regular basis to “ensure the investment roadmap continues to accurately depict the current environment as well as future standards development”. However, it has not yet adequately communicated how the map will translate into greater interoperability in the future. One can only hope that these regular meetings will result in regular updates, rather than radio silence for another two years.

END_OF_DOCUMENT_TOKEN_TO_BE_REPLACED 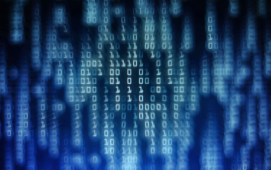