The current regulatory focus on improving the monitoring of systemic risk at a global level is certainly a laudable aim, but the practical reality of drawing together a unified database that provides risk exposure data at an industry wide level is easier said than done. A recent Bank for International Settlements (BIS) working paper, written by researchers Stephen Cecchetti, Ingo Fender and Patrick McGuire, examines the challenges involved in producing such a global risk map in order to support a two step approach to systemic risk monitoring.

The paper notes that although these global risk maps are likely to prove useful to the regulatory community, they are unlikely to be used by the industry at large and are currently being focused too narrowly within the supervisory domain. “It is possible, however, to adapt existing statistical reporting frameworks in ways that would facilitate an analysis of exposures and build-ups of risk over time at the aggregate (sectoral) level,” states the paper. This would then sidestep the challenge of data protection at a firm level and provide a detailed enough level of data for systemic risk monitoring.

Data is the heart of the business, note the BIS researchers, and the financial crisis was exacerbated by the fact the industry was not collecting the “right data” and wasn’t effectively using the data that it was collecting. The paper therefore aims to look at the bigger picture of data in a systemic risk context: “Are there data sets or statistical concepts that hold lessons for how data should be collected in the future?” To this end, it recommends changing the way data is currently collected and, to some extent, the data sets that are collected.

Regulators need to collect “more and better quantity data”, ergo information on firms’ counterparty exposures and market risk exposures. They also need to have access to readily available data on all major financial intermediaries within the market: “At the time of writing, timely, comprehensive and reliable firm-level information on, say, the world’s top 50 banks is not publicly available.” This argument could be used to justify more data transparency into the practices of those financial institutions that are deemed to be sufficiently systemically important, including data on capital composition, currency and maturity breakdowns of assets and liabilities, and off balance sheet risk exposures.

The paper criticises the current national focus of most data gathering exercises, which leads to a lack of consistency in formats that make it difficult or even impossible to consolidate the data effectively. This is an argument that has been used for the establishment of a reference data utility by both the European Central Bank and US regulators. It suggests that regulators should indeed get directly involved in the standardisation process, but stops short of determining exactly how involved they should become.

The researchers suggest that lessons can be learned from the BIS’ own experience of aggregating international banking statistics in order to kick off the systemic risk monitoring process. “The ultimate goal is a consistent set of aggregate statistics that will allow us to identify pressure points at the sectoral level, and to then follow up on these signals with a more targeted analysis of detailed (supervisory or ad hoc collections of) data at the firm or market level,” it contends. The paper then provides examples of how BIS has been able to monitor systemic risk in the manner suggested, such as in the case of a currency carry trade in Japanese yen.

The BIS paper concludes with five principles on which future statistical collection efforts should be based. Regulators need on and off balance sheet information to evaluate common exposures, interlinkages and countercyclicality, as well as more information on financial intermediaries. More consistency of reporting frameworks is required, along with more information on maturities and currencies. Information sharing is the order of the day, so that officials in one country have access to data on subsidiaries of banks based in other jurisdictions.

END_OF_DOCUMENT_TOKEN_TO_BE_REPLACED 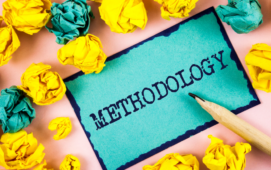 By Mahim Mehra, Senior Risk Advisor, and Yoon Sik Ma, VP, Product Manager, AxiomSL. Complying with the credit-risk analytics and credit- impairment requirements under International Financial Reporting Standard (IFRS) 9 has forced financial institutions to change how they organize, calculate, and examine their credit data. Organizations have had to reconcile data across risk, finance, and...