Bats Glitch Caused by Own IPO?

It looks like the trading problem earlier today at Bats Global Markets was caused by commencement in trading of its own shares following its IPO. In a “Post-Mortem” message sent to its members, the exchange said that: “a single matching engine handling symbol range A-BFZZZ encountered a software bug related to IPO auctions which rendered open customer orders in this symbol range inaccessible,” and added: “Once the root of the issue was identified as being related to certain Regular Hours Only (RHO) orders, an emergency patch was created to prevent the issue from occurring in a Halt auction.”

The problem lasted about an hour and 15 minutes, and likely led to a sudden drop in the share price of Apple, trading in which was suspended for a period because of circuit breaker rules. When trading resumed correctly, Bats considered but then decided against allowing its own symbol to resume trading, essentially withdrawing its IPO.

So, all in all, not a good day for the exchange, on one that should have been a big milestone for it. Reminds me of when the London Stock Exchange’s Big Bang blew up back in 1986 – also due to a software bug.

This webinar has passed, but you can view the recording here. The Regulatory Oversight Committee has sustained development of the global legal entity identifier system – or GLEIS – over the summer months, most recently endorsing pre-Local Operating Units in China, Argentina, Poland and Italy to make a total of 13 units worldwide that are...

END_OF_DOCUMENT_TOKEN_TO_BE_REPLACED 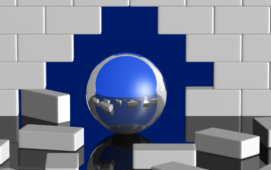 By Sylvain Thieullent, CEO of Horizon Software. From Euronext beating off stiff competition for the Milan stock exchange, to Cboe agreeing to purchase block trading venue BIDs, October was quite the month for exchange deal making. But given how so many post-2008 regulations aimed to increase exchange competition as opposed to reducing it, this recent...