Bats Europe that is, which just added a binary protocol for order execution to the FIX protocol that it already supports. The new facility reduces latency that’s inherent in the more verbose FIX connectivity.

A full suite of order types will be available using Binary Order Entry, so trading firms can opt for one or the other protocol without coding changes to their strategies. BOE was implemented for the exchange group’s U.S. markets earlier this year, and is aimed primarily at algorithmic and high frequency traders requiring the lowest latency.

It’s unclear how much latency will be reduced by adopting BOE, compared to FIX, which is already capable of fulfilling order acknowledgements (on Bats Europe) in an average 120 microseconds (via a 10 gigabit/second connection).

Because it is less verbose – i.e. more compact – compared to FIX, BOE messages should be able to be transmitted faster, and require less compute power to decode them.

Bats isn’t the only exchange offering a binary alternative to FIX. NYSE Euronext has such a protocol, as does Nasdaq OMX, which offers a binary variant known as Ouch. Unlike the NYSE and Bats, however, Nasdaq’s wire specification for Ouch is not openly published, and access to it is via an application programming interface (API).

END_OF_DOCUMENT_TOKEN_TO_BE_REPLACED 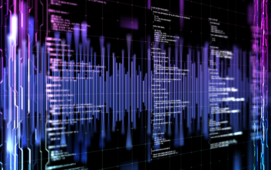 By Vuk Magdelinic, CEO of Overbond. Low-code programming isn’t coming — it’s already here. And 2021 is the Year of Low-Code, according to IT publications such as SD Times and TechRepublic. “The worldwide low-code development technologies market is projected to total $13.8 billion in 2021, an increase of 22.6% from 2020,” according to the latest forecast by Gartner. The...