Earlier this week, European internal market and services commissioner Michel Barnier indicated that he is keen for a level of global coordination to be achieved when implementing new financial system regulations, including those for credit ratings agencies (CRAs). Speaking ahead of his meeting with US Treasury secretary Timothy Geithner, Barnier stressed the importance of stronger regulation of the credit ratings sector, which is also the subject of a recent consultation report by the International Organisation of Securities Commissions (Iosco).

Barnier is meeting this week with US officials including Geithner to ensure that greater regulatory harmonisation is achieved at a global level and Iosco’s recent proposals could form the basis for some agreement on how to tackle the credit ratings agency space. The Iosco paper examines the regulations that have already been established or are incoming with regards to increasing oversight of the ratings agencies, including those in Australian, Europe, Japan, Mexico and the US. It indicates that it judges these various initiatives to be commensurate with the four principles set forth in the regulator’s 2003 guidance on the subject concerning: “quality and integrity in the rating process; independence and conflicts of interest; transparency and timeliness of ratings disclosure; and confidential information.”

According to Iosco, these four principles are the building blocks upon which the various regulations have been constructed; hence there is a significant degree of common ground between the initiatives for Barnier and Geithner to work with. For example, all of the regulatory initiatives explicitly require the ratings agencies to: “adopt, implement and enforce measures to ensure that credit ratings are based on a thorough analysis of all available and relevant information and that the information they use in developing credit ratings is of sufficient quality and from reliable sources.” They also give more power to the regulatory bodies in charge of policing the sector to deny or revoke a ratings agency’s registration, should they be deemed to be non-compliant.

Conflicts of interest have also proved to be a common theme within regulatory discussions and proposals and the various initiatives all include stronger measures to identify and eliminate these from firms’ business activities, notes Iosco. Transparency and timeliness, on the other hand, is present through new requirements for these firms to publish more data on market information and methodologies used to determine ratings.

However, these initiatives are not all at the same stage of implementation, notes the paper: “For example, the initiatives in Australia, Japan and the EU will become effective to varying degrees during 2010. The US CRA supervisory program became effective in June 2007, and the first set of CRAs registered pursuant to that program became subject to its full requirements in September 2007. However, the US has engaged in two subsequent rounds of rulemaking (largely in response to CRAs’ roles in the credit crisis). Similarly the Mexican regulatory program for CRAs has been augmented through subsequent grants of authority and rulemaking since the initial grant of supervisory authority in 1993.”

END_OF_DOCUMENT_TOKEN_TO_BE_REPLACED 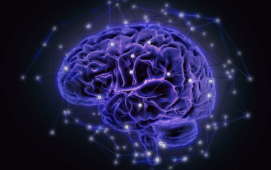