Bank of New York plans to leverage its new 51% stake in Netik, a U.K. software company that specializes in transaction and accounting data management, to add compulsion to the bank’s pitch to potential clients of its investment management outsourcing services business. Netik’s enterprise data management capabilities – including handling of multiple sources of reference data – is set to play a key role in helping Bank of New York ease buy-side outsourcing candidates onto its investment management platform.

As part of the BNY SmartSource outsourcing offering, Netik’s InterView Investment Hub will be presented as a straightforward way for clients to migrate from internal portfolio management, accounting and reporting systems onto the Bank of New York platform. Using Netik, Bank of New York clients will also gain access to its internally developed, mainframe-based database of security, entity and other reference data.

Under the deal, announced July 9, Bank of New York is taking its majority stake in Netik as replacement for previous lead sponsor, London-based venture capital group Advent Venture Partners. Netik had been in discussions with Bank of New York about a wide variety of topics, including possibly taking an investment stake, for approximately 18 months. During that period, Bank of New York became a client for Netik’s data management platform.

According to Colin Close, chief information officer at Netik, Bank of New York was seeking direct access to technology that would enable potential clients of its BNY SmartSource outsourced investment management service to quickly make a ‘Yes’ decision.

The vision entails implementing Netik’s InterView at the client site to create seamless flow of transaction data between various applications used internally in the investment process. The aggregated data can then flow to the Bank of New York platform for processing, and then fed back to client applications for reporting – either internally for portfolio management purposes or externally for client-reporting.

This seamless flow of data, it is hoped, will alleviate the long and disruptive periods when buy-side institutions are unable to communicate transaction and performance data either to internal or external recipients.

Netik’s product offerings are largely based on Microsoft Corp. technologies. The data management platform makes use of MS SQL Server and runs within the Windows 2000 environment. Close says the company has capabilities on the Oracle database management platform, but that “our comfort zone is around Microsoft.”

The move to acquire Netik’s enabling software marks another step in a series of initiatives for Bank of New York that has seen it establish infrastructure in support of its various offerings for servicing hedge funds, fund administrators and custodians. It’s also in line with activities within the BNY Securities division, which recently acquired Sonic Financial Technologies (Transaction Networks & Technologies, April 2004) and this week announced the launch of its Direct Execution Services product line, based on Sonic’s technology.

Close says the ability to handle reference data has been a key ingredient in Netik’s data hub development. “Netik’s data portal and information portal feature an engineered platform and data model for handling transactional information from the back and middle offices as well as from the front office,” he says. “They handle the snowball effect of reference data from the front office – instrument, client, counterparty – through the middle office – adding price data and benchmarks – to the back office – corporate actions, settlement and custody. The data model has to accommodate all these.”

Using Netik, clients will draw upon the data model to identify correctly the various elements involved in a transaction, and aggregate all portfolio and accounting information across the enterprise for distribution, either via some Web-based application, an XML data stream or hardcopy printed materials for client reports.

Close says rather than approaching the underlying reference data management capabilities necessary to support this kind of functionality, Netik has built up its reference data capabilities through client requests and implementations – and continues to do so. Thus, it has developed a toolkit for developing data loaders for multiple data sources, and assembling golden copies, and warehousing and distributing them to downstream applications. That said, Close reckons the reference data management capability has brought Netik into clients that have developed into much wider implementations.

Bank of New York’s own data cleansing and repair capabilities are a logical complement to Netik’s data management platform, raising the possibility of pure outsourced reference data management for the bank’s buy-side clients. Close says the possibilities of the new relationship are still being discussed.

Meanwhile, Netik will continue to market its products independently. It sees Bank of New York as a channel to market, akin to some of its existing relationships, such as that with Advent Software and its Geneva portfolio management platform.

For Netik, the Bank of New York represents an informed investor, whose participation may eventually yield greater benefits than that of a pure VC investor. It also represents a hopefully stable partner, after the corporate wranglings Netik has been through over the past few years.

Bank of New York, meanwhile, had been looking for an outsourcing proposition for its data warehousing and reporting capabilities. Eagle Investment Software had been snapped up by Mellon Bank; arch-rival Netik seemed an obvious choice.

END_OF_DOCUMENT_TOKEN_TO_BE_REPLACED 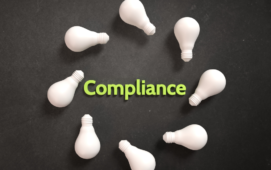 London-based risk and compliance specialist Plenitude this week launched a new cloud-based Financial Crime Compliance (FCC) solution called Plentitude RegSight, in a bid to clarify and streamline the complex world of FCC obligations management. In a world of increasing regulation and heightened regulatory scrutiny, the requirement for organisations to meet legal and regulatory obligations has...