As many as half of Europe’s financial institutions will have been “caught on the hop” and are now having to catch up after the latest deadline for complying with the European Market Infrastructure Regulation (EMIR) came into force last week, according to a leading industry observer.

Elizabeth Goodchild, a senior consultant with Rules Financial, said the EMIR obligation to start reporting all live derivatives trades on a T+1 basis, along with a Unique Trade Identifier (UTI), from February 12 probably hit the industry too soon after the first wave of regulatory requirements last year, and with the Christmas break between. “Possibly as many as 50% of them are having trouble coping with these new obligations,” she added.

The subject of regulatory compliance and the implications for IT implementation are clearly enormous across the financial sector. Join us at the Data Management Summit on March 6 in London, where experts from both end-users and technology suppliers will be debating best practises and individual approaches in overcoming these challenges.

And she warns that if firms are having this much difficulty coping with the trade reporting deliverables, life could become even more complicated in a further 180 days when collateral and clearing valuation reports will be expected by regulators.

The message is that financial institutions should not spurn the opportunity they currently have to implement strategic and transformational change that will deliver long-term benefits, in favour of something that is tactical and not strategic and which amounts to “a very expensive regulatory box-ticking exercise.” Goodchild says it is definitely not too late for banks who have not undertaken a strategic review of IT capabilities, to take a step back and look at the big picture.

She also believes that, of those who commit to a transformational review, many will now start to consider more seriously an outsourced or managed services business model.

Financial institutions are obviously not having it easy, as regulators make up ground from the “light-touch” regimes which the industry enjoyed prior to 2008, as apart from EMIR, new standards and reporting requirements are coming in a deluge such as FATCA, Dodd-Frank, Basel III, MiFID 2, AMLD etc… And the impact of these initiatives on banks is being compounded by variations from different geographic jurisdictions, as well as the frequent drip-feed of new measures that means a piecemeal approach to implementation rather than a simpler and cheaper one-off system re-engineering.

Goodchild acknowledges that communications from regulators, particularly ESMA in the EMIR example, could have been both earlier and more detailed. In fact, she termed guidance from ESMA issued earlier this month as “too little, too late.” She noted that, “There does appear to be a disconnect between those making regulations and policies and those who have to implement them. They just don’t have the experience or the background in running large-scale IT projects.”

Nevertheless, new regulations are a fact of life, and it is going to get tougher rather than easier in the next couple of years, she said. “Banks have to get over the fact that there is going to be an on-going degree of change and prepare to be more agile and flexible to meet these demands.”

In a separate blog comment, another Rules consultant acknowledged that banks are already in difficulties with many stating they will be unable to fully comply with risk aggregation requirements by the 2016 deadline, “due to existing large, on-going, multi-year IT and data-related projects.”

But the specifics of EMIR are still challenging many in the marketplace and industry observers are questioning whether even the regulators will have a sufficient handle on the new data to be able to make any better-informed decisions about market and counterparty risk. “One big problem is deciding who has the responsibility for generating the all-important UTI, without which the parties to the transaction will not be able to enter trade reporting.”

In fact, the registered size of the derivatives market could have jumped markedly in the past week as it seems many participants have been registering their own different UTI’s on both sides of the same transaction. This at least gets the trade up and running, but with duplicate UTI’s multiples of a single trade are being reported. The intention will be to go back later and agree a common UTI between the relevant parties and adjust the paperwork – but this is being done manually, which is again slow and expensive. “How the regulators are making any sense of the data right now is anyone’s guess.”

Goodchild believes that all concerned will eventually sit down and reconcile these discrepancies in market practise forums. But clearly this is going to take some time and is not ideal for all concerned. However, at least there does not appear to be any imminent likelihood of regulators imposing any fines or sanctions yet for any firms shown to be non-EMIR compliant.

So, for now, firms should have backloaded data on transactions back to last August and should be reporting on the T+1 basis the new derivatives trades (both OTC and exchanged-based) – but it seems many are not yet up to speed. There are many more steps to take on board, such as being able to monitor and report “lifecycle” events, where an individual instrument changes it’s character (say from Spot FX to a Forward FX contract).

Goodchild says there is sympathy with both parties involved in that regulators are working with the best intentions to improve scrutiny and intelligence that will hopefully reduce the counterparty and operational risks from derivatives that became such a concern when Lehmans blew up. On the other side everyone also understands the complexity and cost that financial institutions are having to deal with to meet these expectations, running into many millions of dollars each.

One solution that would at least smooth the path to an amenable solution would be more communications between all those involved and it is therefore hoped that more constructive dialogue can take place over the implementation of EMIR – before sanctions start to be put in place.

END_OF_DOCUMENT_TOKEN_TO_BE_REPLACED 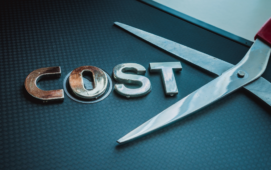 A-Team Group’s recent RegTech Summit Virtual got off to a cracking start with a keynote presented by Niresh Rajah, managing director and head of data in the RegTech and digital assurance practice at Grant Thornton, and covering everything from the evolution of RegTech 2.0 to driving value out of the technology. An early poll asking...