In a move that has surprised some industry observers, Thomas Aubrey has joined Fitch Ratings as a managing director in its global business development team. Aubrey comes from Thomson Financial, where he had been director of investment management for more than three years. Despite having been tipped for a plum role in the new Reuters entity (post closure of the Thomson/Reuters merger), Aubrey jumped ship to Fitch in August, where he hopes to help it capitalise on what he believes is a significant gap in the market around fixed income derivatives.

Explaining what he sees is Fitch Ratings’ opportunity in the fixed income derivatives space, Aubrey says “there has been a general shift in the information industry, driven by two key trends”. “One is the emergence of more, large aggregators in the market, such as Google and News Corp, alongside Bloomberg and Thomson/Reuters, as IT costs fall,” he reckons. “But on the other side there is greater demand from investors for more detailed information, especially for more complex structures like fixed income derivatives. This is leading to a trend for smaller but well established providers to focus on one part of the market to provide investors with a full set of analytics and content that gets to the heart of where the innovation is in the financial services sector,” he continues.

One area in which investors haven’t historically had access to end to end solutions from an analytics and content perspective is the fixed income derivatives market, he reckons. “Clearly this has grown significantly, and there is a real gap in the market for a full suite of information that many investors need to help them make investments.”

When it comes to companies with expertise in fixed income derivatives, the ratings agencies, Fitch among them, clearly have experience of rating securities, including fixed income derivatives, he says. “The credit rating is one part of what’s required, focusing on default risk,” he adds. “What’s also important, though, is pricing data and analytics, and perhaps most important of all is derived data.”

During Aubrey’s discussions with Fitch prior to joining them, it became clear how valuable its recently acquired businesses – Lombard Risk and Algorithmics, with its suite of advanced analytics – could be in the context of providing the end to end solution investors require, he continues.

“Fitch has also recently brought on board asset-backed credit default swap data. Some of the other measurements driven within Fitch will also be vital – risk measures, including volatility risk, and our market implied ratings. When you think about the complexity of the market and how to bring together this data and present it to the investor community, it is clear there is a significant gap in the market, creating a huge opportunity in the fixed income derivatives space, one which Fitch is very well-placed to address.”

Managing the Market Implied Ratings business and the Valuspread business, in the short to medium term Aubrey will be focusing on expanding the categories of pricing data covered and also working to combine the data sets, he says. “Having single name CDS pricing is very important, but it is even more important when it is combined with other information sets. Market implied ratings, for example, are very complementary to our fundamental ratings, and provide timely indicators of credit quality. The goal of an end to end solution for investors’ needs around fixed income derivatives is a longer-term one.”

Aubrey accepts there are a number of vendors in the marketplace with the expertise to address this opportunity. Indeed, a number of suppliers have made plays to combine data and analytics in recent months, including Interactive Data with its Analytix Direct service launched in Europe late last year and extended to North America earlier in 2007 (Reference Data Review, November 2006 and June 2007), and Standard & Poor’s with its recent acquisitions of Imake Consulting and ABSXchange.

“Where I think we can make a difference is by focusing on the key requirements of the investor community and working out how to package up analytics and content in the ways they require,” he says.

“Initially on the data delivery side the feeds remain very important for use in product control and in valuing portfolios. In the future, we will be looking to provide additional derived content to our Market Implied Ratings product, so clients will be able to further manipulate the data themselves.

“It’s not just about valuation,” he continues. “Going forward we also need to focus on the portfolio management side, including hedge funds and institutional fund managers where there is a need in the fixed income derivatives market for a service that builds out more analytical capabilities, for example portfolio driven capabilities.”

Aubrey is based in London and reports to Peter Jordan, Fitch’s New York-based group managing director for global business development.

END_OF_DOCUMENT_TOKEN_TO_BE_REPLACED 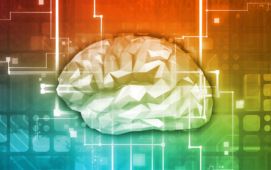 S&P Global Market Intelligence and management consultancy Oliver Wyman have collaborated to deliver Climate Credit Analytics, a sustainability solution designed to help financial institutions and corporations assess how transition to a low-carbon economy will impact the creditworthiness of their counterparties and investments. UBS will be the first European-headquartered bank to use Climate Credit Analytics for...