Ian Cumberpatch has rejoined Asset Control as associate director of business development EMEA. He was sales director for the Asia Pacific region at Asset Control from 2009 to 2012, before moving on to ICAP, where he was head of sales, financial institutions, in the My Treasury division. He left ICAP after a year, returning to Asset Control in May 2013.

Cumberpatch will focus on expanding Asset Control’s data management business across new and established markets, with a particular focus on Central and Eastern Europe, South Africa and the Middle East. He says: “It’s great to be back at Asset Control. It was an easy decision given the significant growth and development the firm has recently enjoyed.”

While Cumberpatch was welcomed back by Mark Johnson, vice president of global sales at Asset Control, he returns to work under a new CEO following the departure of former Asset Control CEO Phil Lynch early this year. Lynch moved to SunGard in February 2013 and is the company’s head of global account management, asset management. Also leaving Asset Control early this year was John Mitchell, vice president of global sales and marketing, who joined the firm in January 2008 and left in March 2013 to take on the role of chief revenue officer at Appinions, an influence marketing company working in social media and traditional media channels.

Following the departure of Lynch from Asset Control, which is owned by Fidelity Ventures, the company named Dean Goodermote as executive chairman and CEO. Goodermote has spent his career supporting the growth of young software companies and was previously chairman and CEO of Double-Take Software, a publicly traded infrastructure software company that was acquired by Vision Solutions. 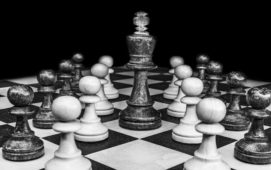 Recorded Webinar: How to exploit the opportunities of alternative data

Alternative data is emerging as a key component of buy-side firms’ efforts to seek out new investment opportunities, for many filling the gap left by the unbundling of sell-side research from execution. By tapping into unique, non-traditional data sets, hedge funds and quantitative fund managers hope to exploit unfound opportunities before they hit the mainstream....