When Anova Technologies announced recently that it had deployed a wireless network linking NYSE Euronext to Direct Edge, one word was missing from its press release: microwave. That’s because the connectivity specialist has gone in a different technology direction to the one in vogue right now as the basis for its wireless offerings.

The radio frequency technology adopted by Anova is oriented around the millimetre wave (MMW) spectrum, and not that used by bandwidth-limited microwave communications. Says Anova CEO and founder Mike Persico “MMW has been used in wireless backhaul for nearly a decade, as well as in the military for battlefield communication. Even today, there is a high band of MMW spectrum that is reserved solely for the US Government.” Persico says Anova has made “a substantial investment – think 8 figures” in its RF technology and MMW spectrum, reckoning it is second only to Clearwire in terms of spectrum licensed.

The NYSE (SFTI PoP at 165 Halsey Street, Newark, NJ) to Direct Edge (at Equinix’s data centre, located at 755 Secaucus Road, Secausus, NJ) link is just the first rollout on Anova’s list – lowering round trip latency from 154 microseconds for fibre to just 66.4 microseconds. Anova is now working on linking key exchanges and network access points across the NY/NJ region. “We are in a massive deployment mode right now,” says Persico.

Persico says that MMW’s bandwidth and latency characteristics – compared to microwave – first piqued Anova’s interest some two years ago, but it realised it would need a custom solution to meet financial markets requirements, including for reliability. That led Anova to conduct a ‘bake off’ of MMW hardware vendors, and along the way it determined that transmit power was critical to reliability. Hence, Anova chose the vendor – the name of which is not being disclosed – with the highest transmission power as the basis for its offering.

Next, Anova “completely overhauled” the software and firmware associated with the MMW hardware in order to acheive the best latency and the highest availability. That custom development resulted in latency being reduced from five microseconds per link into the nanosecond range. Also added was intelligent failover to fibre, so that if the RF signal degrades, routing via fibre is switched in before data packets are lost. Persico characterises this architecture – which is stresses is not commercially available – as “the fastest wireless paths failing over to the fastest fiber paths … it is a pretty compelling solution.”

Anova is currently offering trading firms 1 gigabit per second of bandwidth per link (much higher than they typical 150 megabit with microwave, and which can be doubled using a polarised coupler, allowing radio transmission on both the horizontal and vertical planes of the antennae) and as a rough estimate, reckons 10-12 customers can be accommodated on each route. However, Persico suggests that technology advances will increase that bandwidth substantially in the future, so that 10 gps could soon be a reality.

Reliability wise, Persico says the customised Anova offering overcomes the traditional susceptibility of MMW to rain (microwave is affected by fog and snow). “As the ultra-low latency landscape invariably morphs away from fibre and towards wireless vs. wireless, the clear winner is going to be the trading firm that stays up when others using RF are down. We expect those networks that stay up to be Anova networks.”

END_OF_DOCUMENT_TOKEN_TO_BE_REPLACED 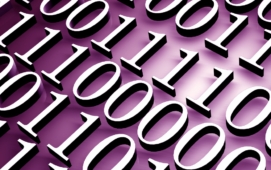