Following the acquisition of Trax platform operator Xtrakter by Euroclear in April last year and the ensuing management shake up, a number of the vendor’s key staff have left the firm for pastures new, including ex-Trax product manager Chad Giussani last month and, most recently, marketing and communications manager Conor Coughlan, who is leaving next month. As with any changeover in management, there was bound to be some degree of staff turnover – just look at the people moves going on at EDM and outsourcing vendor Netik for another prime example – but the falling headcount at Xtrakter is also likely to be part of the rationalisation process, as functions are brought under the remit of the centralised Euroclear team.

Giussani, who is currently head of the marketing business unit at industry association ISITC Europe, was responsible for the Xtrakter product suite including Trax for just under two years. Prior to this, he was product manager for Omgeo’s MarketMatch and MiFID compliant Transaction Report products for a period of two and a half years.

Coughlan is departing for a similar role at another as yet unidentified capital markets player and it is likely his role at Xtrakter will be centralised into the overall Euroclear marketing and communications team, although this has not yet been confirmed. He was with Xtrakter and its previous incarnation, the International Capital Market Association (ICMA), for a total of four and a half years.

Earlier this year, director of product management for Xtrakter Graeme Austin also departed the vendor and is currently filling time as CEO of ISITC Europe, alongside former colleague Giussani. 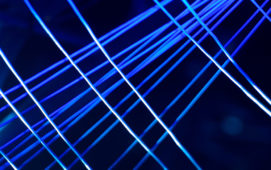 Recorded Webinar: Data lineage – how to ensure you can deliver the right information, to the right people, at the right time

Data lineage is critical to digital transformation, business decisions and regulatory compliance. It is also difficult to implement at scale, not only because large quantities of data across numerous systems must be inventoried and tracked, but also because the data is not static and needs context to make sense to the business. If you are...

END_OF_DOCUMENT_TOKEN_TO_BE_REPLACED

Extracting value from data is a priority for financial institutions as the business looks to increase efficiency, reduce costs, identify new opportunities and gain competitive advantage. Some source in-house tools to improve the quality and accessibility of internal and external data, others look to third-parties for solutions. A new tool from GoldenSource, Quant Workbench, brings...