Advanced Logic Analytics (ALA), a start-up in the big data space, has released OneLogic, an analytics platform designed to process and analyse structured and unstructured big data in real time. Use cases for the platform include predictive, behavioural and emotional analytics for better-informed trading decisions, and data management for regulatory compliance.

As the company makes its way into the commercial world, Nick Ellis, explains: “In 2015, Pim Dale [now CEO of ALA] and I noted the growing need to manage unstructured data and decided to create a big data analytics company in the financial sector. We met academics at University College London who had been working on unstructured data for 10 years and had developed an algo based solution that could manage traditional data feeds as well as unstructured data and deliver a daily feed on sentiment in the equities market.”

Working with these academics and others at the University of Kaiser Lautern – and with funding from the UK government Enterprise Investment Scheme, the company’s founders and other private investors – ALA spent 2016 on research and development before introducing OneLogic to the market.

The platform works with enterprise data frameworks such as Apache Hadoop and the HP Vertica data warehouse and is based on Cisco infrastructure with a visualisation layer provided by Tableau. It allows firms to mine and process massive amounts of structured and unstructured data from any source, and includes several big data and financial analytics solutions including not only pre-emptive, descriptive and predictive analytics, but also behavioural, sentiment and emotional analytics that can capture market indicators in any language and jurisdiction.

Ellis says OneLogic can be used for both predicting market movement based on sentiment, emotion or behaviour, and data management for regulatory compliance. The company’s first compliance offer covers Markets in Financial Instruments Directive II (MiFID II) and differentiates in its ability to include unstructured data such as Tweets and mobile voice data. He comments: “We have two sets of prospects, trading firms, particularly hedge funds, and data managers in the compliance space.”

The company is talking to potential users of OneLogic and running proofs of concept. It expects to sign up two or three customers in the first quarter of this year and will initially concentrate on the London market, from where it will also serve New York City.

END_OF_DOCUMENT_TOKEN_TO_BE_REPLACED 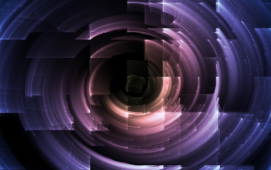 A Stable Future: The Evolution of Trade Finance as a Digital Asset

By Christoph Gugelmann, CEO, Tradeteq. The emergence of digital assets such as cryptocurrencies as a means of achieving investment returns is gathering pace amongst bank and non-bank trading institutions. For example, State Street launched a dedicated cryptocurrency division while Standard Chartered announced plans to launch a cryptocurrency trading platform. Meanwhile, a survey of 100 hedge...