A-Team Group’s New York City Data Management Summit (DMS) kicked off with a keynote presentation on the 800lb gorilla of big data, and panel discussions dedicated to regulation and the data management response for 2017, and challenges that are keeping chief data officers (CDOs) awake at night.

Michael Stonebraker, adjunct professor at MIT and co-founder of Tamr, presented the summit’s first keynote – The 800lb Gorilla of Big Data – noting the ongoing issues of big data including the problem of managing large volumes of data, the difficulty of handling data velocity, and the challenges of integrating data variety.

Considering the volume problem of big data, Stonebraker noted growing interest in the Spark engine for large-scale data processing, perhaps a challenger to Hadoop, but pointed out that, so far, Spark technology is flawed and provides poor performance. A better solution is tighter integration of big data with data management. He viewed big data velocity as a complex event processing issue and said there are commercial solutions in the market that process fast enough to ensure firms never lose a message.

Stonebraker described the issues of volume and velocity as 50lb gorillas, with data variety being the 800lb gorilla in the corner of the room. Data integration at scale is a big issue that can’t be solved using ETL tools and can only begin to be resolved using technologies such as machine learning and domain experts rather than programming experts. Stonebraker concluded with advice to focus on the 800lb gorilla and not on the 50lb gorillas that are a lesser challenge.

The first panel discussion of the summit was dedicated to the regulatory landscape and data management responses for 2017. The session was moderated by Andrew Delaney, chief content officer at A-Team, and joined by Robin Doyle, managing director of the office of regulatory affairs at JPMorgan Chase; Peggy Tsai, data innovation lead at AIG; David Blaszkowsky, former senior vice president and head of data governance at State Street; and Roger Fahy, vice president and chief operating officer at CUSIP Global Services.

The panel discussed the rising tide of regulation and named incoming regulations Markets in Financial Instruments Directive II (MiFID II) and General Data Protection Regulation (GDPR) as key concerns for 2017, along with existing regulations including the Basel Committee’s BCBS 239 and Solvency II in the insurance industry. Regulatory requirements including the Legal Entity Identifier (LEI) and the extension of ISINs to cover derivatives under MiFID II were also in the frame.

Panel members agreed that a move towards data standards, strong data governance programmes and increased capability in managing commonalities across regulations will ease the burden of regulatory compliance, and floated the idea of building one reference data database to support regulatory compliance.

Challenges including regulatory reporting and a lack of common definitions across regulations, managing data variety including privacy and licence issues, sticking to the data management mandate, and preparing for the need to transform organisations are just some of the issues that keep CDOs and data leaders awake at night.

Other challenges identified by the panel included data governance and the difficulties of aligning practices and controls across an enterprise. Opinion differed on whether data governance should be a corporate or federated function, but concurred on the need for strong governance in response to BCBS 239.

Conversation about how to improve the business value of data and justify data management programmes suggested the need for better systems integration and control to maximise data usage, provision of more fit-for-purpose data for analysts, and a focus on data mining rather than management to enable actionable intelligence.

END_OF_DOCUMENT_TOKEN_TO_BE_REPLACED 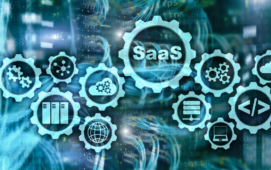 Citi and State Street Corp. have joined existing investors in FundGuard’s $40 million Series B funding round, becoming strategic partners in the company’s bid to establish a SaaS-based investment management and asset services platform. With ‘anchor tenants’ Citi and State Street on board, FundGuard is now launching efforts to add more specialised providers of capabilities...