Volksbank ?sterreich is working with Murex system integrator MXG Team to migrate its trading and risk management activities from Misys Summit and Kondor+ platforms to a single Murex 3.1 MXpress platform.

Phase 1 of the project was completed at the end of November 2012 and migrated a Summit front-to-back office system to the Murex platform that now supports the bank’s fixed-income trading, straight through processing and risk management. The Summit solution has been shut down.

Phase 2 of the project will start early next year and migrate the bank’s foreign exchange money markets business from Misys Kondor+ to the Murex platform. This phase is planned to take less than 10 months and will set up over 150 complex derivative products on the Murex platform, supporting them with credit risk, collateral management and value at risk measures that will be rolled out for users.

Volksbank’s decision to move to Murex resulted from having old releases of both Summit and Kondor+ software in play. It considered upgrading, but instead decided to move to a different platform and become an entirely Murex shop. The decision was made in 2008, but an early project lapsed before being picked up again. MXG Team started working with the bank in June 2011, initially carrying out an infrastructure review. It then restructured the project and worked with the bank on the first migration phase.

This phase included not only the move from Summit to Murex 3.1, but also the use of MXG’s Sybase Tools Collection and a further toolkit to standardise the bank’s Sybase database environment in support any number of Murex environments. MXG also integrated its proprietary job planning, scheduling and monitoring solution to automate and administer the Murex end-of-day process.

Commenting on MXG’s work, Juergen Geitzenauer, head of IT and development at Volksbank, said: “MXG Team brought a world class Murex consulting service to Volksbank, supported by cutting-edge tools and processes that were essential to the success of our go live.”

As MXG prepares for phase two of the Volksbank project, it continues to work with other European clients including ABN Amro, for which it has, so far, reworked Murex end of day and value at risk systems to cut down risk computation and reporting times.

END_OF_DOCUMENT_TOKEN_TO_BE_REPLACED 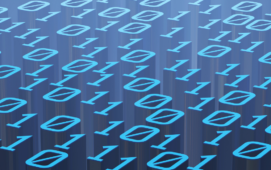