The news this week that hedge fund manager Michiel Weiger Visser has been slapped with the highest ever fine for an individual (at £2 million) and struck off by the UK Financial Services Authority (FSA) not only highlights the current focus of the regulator on dealing swiftly and harshly with market abuse infractions, but also the importance of keeping data and systems ownership out of the influence of a sole individual. The valuation function and production of net asset value (NAV) calculations for the fund fell under particular scrutiny during the investigation of hedge fund management firm Mercurius Capital Management and, as a result, the focus on keeping functions such as these independent will likely be renewed in the eyes of regulators and investors.

The firm managed the hedge fund Mercurius International Fund and during the relevant period of July 2006 to January 2008 had approximately 20 investors and €35 million under management. The fund collapsed and was placed in voluntary liquidation on 11 January 2008. Investors have, so far, recovered nothing, according to the UK regulator.

Visser, who was CEO of the firm and in charge of the failing Cayman Islands registered fund, was charged by the FSA following a tribunal ruling that found that he and his chief financial officer and chief compliance officer, Oluwole Modupe Fagbulu, were guilty of lying to investors, manipulating the valuation of the fund and share ramping. Fagbulu also received a £100,000 fine for his involvement (given that he was tasked with meeting compliance requirements).

The FSA determined that during the period in question, Visser “deliberately misled investors by various means”, including by engaging in market manipulation, to disguise the performance of the fund and to secure continued and increased investment in the fund. In particular, he intentionally breached key investment restrictions designed to limit the risks to which the fund was exposed, leaving it concentrated in very few illiquid stocks.

Visser concealed this from investors by actively manipulating the NAV of the fund by repeatedly engaging in and twice instructing Fagbulu to commit market abuse in one of those illiquid securities held by the fund, and by causing it to enter into ostensibly highly profitable but ultimately fictitious transactions. He deliberately made or approved communications to investors that reported the manipulated NAV and contained other false information or left out relevant information including the termination of prime brokerage arrangements by two separate prime brokers. The transmission of data regarding the fund was therefore placed under intense scrutiny by the regulator (check out the 34 page Tribunal document at the bottom for the full details).

Tracey McDermott, acting director of enforcement and financial crime, this week said: “The Tribunal described Visser’s conduct as the worst it had seen. We welcome the significant penalties imposed by the Tribunal in this case and its reiteration of the fundamental principles underpinning the regulatory regime – that approved persons must take responsibility for their conduct, that bans must be imposed where misconduct such as this is identified in order to protect the public and that penalties must both register disapproval of the individuals’ misconduct and be sufficient to deter others from similar actions.”

As noted by Peter Moore, head of regulation at the IMS Group: “This case reveals how badly things can go wrong with a single senior executive omnipresent across the activities of the entire firm. Segregation between such functions is essential to ensure and preserve integrity in their performance. It’s also required under the FSA’s rules for senior management. This case should not be taken as evidence that hedge fund managers are comparatively more susceptible to this kind of behaviour, described by the Tribunal as the worst to come before it. This was a spectacular failure by a financial services firm to construct itself properly, likely from the outset. The required quality in systems and controls will be achievable at firms of all sizes if there is a desire to achieve this standard by senior management. Furthermore, investors in funds are likely to increasingly insist on it.”

The UK regulator is likely ramping up its crackdown on market abuse ahead of a revision of the Market Abuse Directive (MAD – possibly the most apt acronym for these practices) over the next year, alongside MiFID mark two. But the Visser decision in particular is likely to compel the regulator (and, no doubt, investors) to underline the need for transparent data regarding fund valuations and supporting data, as well as the independence of the valuation and compliance functions.

To this end, the FSA (along with many other regulators) has certainly been a champion for the importance of valuations independence and data transparency in the hedge fund sector overall. Just look at its review of derivative risk management practices in place across the investment management industry, which highlights the buy side’s valuations and risk management practices and related shortcomings from the end of last year (see more here).

The controversial Alternative Investment Fund Managers Directive (AIFMD) also contains key requirements for enhanced disclosure of hedge funds’ risk management systems and strategies, and their investment strategies. As I noted back in July (see here), this increased operational transparency will throw a spotlight on these firms’ underlying risk and data management systems, thus compelling those with little infrastructure in place to begin to roll out new systems and technology. Potentially good news then for data managers in the alternatives market.

As they say, always look on the bright side…

END_OF_DOCUMENT_TOKEN_TO_BE_REPLACED 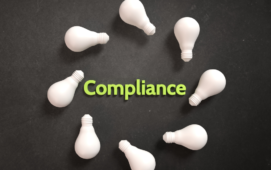 Financial crime compliance automation specialist PassFort has raised $16.2 million through its recent Series A funding. The company, whose SaaS-based platform automates financial crime and compliance processes, will use the funds to realise its global growth plans. The funding round was led by the US growth equity fund, Level Equity, with participation from PassFort’s existing...