Last month, I looked at some of the data management implications of the incoming sequel to 2007’s MIFID: the Markets in Financial Instruments Regulation (MiFIR), and today sees the European Commission dotting the Is and crossing the Ts of the draft, with a view to being much more prescriptive about post-trade transparency requirements (among other things). In concert with this, the EC has also drafted a sequel to the Market Abuse Directive (MAD), which follows a similar theme with regards to establishing a strong data audit trail.

As with most recent regulatory developments, the incoming regulations are being viewed with some degree of trepidation by the market at large due to their more prescriptive nature and their bent towards pushing OTC instruments onto clearing platforms and increasing transparency via a manner of (data intensive) different means. Of course, high frequency trading (HFT) issues have also been raised – but I’ll leave my front office focused colleagues to deal with that one…

There is more than enough to keep those in the data management function busy in the meantime, given that post-trade transparency requirements are being extended into markets such as commodities, derivatives and structured products. In fact, this has been one serious point of concern: that a broad brush approach to transparency requirements will mean that these instruments are dealt with in the same manner to equities and to the detriment of these markets.

Another political hot potato has been the increase in powers for the European level regulatory bodies such as the European Securities Markets Authority (ESMA), thus allowing them more influence over national regulators. The fact that MiFIR is, as its name suggests, a regulation rather than a directive also gives national regulators less wiggle room with regards to implementation. The EC is keen to ensure that the failings of the first iteration of MiFID, with countries such as Spain falling short of meeting the requirements in areas such as transaction reporting, are not repeated.

To this end and as I noted in my previous blog, MiFIR is therefore focused on improving cross border transparency and ensuring a level playing field with regards to data reporting requirements and access. This approach also encompasses the different types of trading venues in the current market, hence multilateral trading facilities (MTFs) and organised trading facilities (OTFs) will therefore be subject to the same level of transparency requirements, but these will be tailored to the individual instrument types in question. The level of transparency for transaction reporting will be determined by instrument type rather than venue, for example.

MAD and MiFIR have been conceived along the same lines and therefore in terms of data standardisation, both indicate that European level standards are to be adopted for reporting purposes and submitted via the correct channels (approved reporting mechanisms). The higher level of prescription in the format and data items specified within the reporting requirements will thus compel firms to ensure they have the cross referencing capabilities to be able to produce these reports on a frequent basis.

Best execution requirements and those around price transparency will also have a cumulative impact on the valuations function (thus adding to the barrage of recent regulatory endeavours around price transparency). The introduction of a commercially provided consolidated tape in order to provide a unified system for price reporting will add to this mix. The resulting impact will be for much more transparency around prices for all instruments and for firms to deal with this data in a high volume environment, with the impetus on independence of pricing sources increasing.

Now we just have to wait for the European Council and Parliament to agree upon and pass the reforms, after which they will come into force (likely in 2013).

END_OF_DOCUMENT_TOKEN_TO_BE_REPLACED 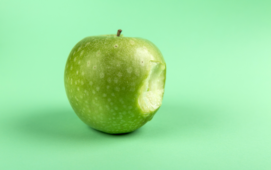