The sustainability movement that is transforming financial services was kick-started by growing public outrage at the impact of human activities on the natural world.

In the days before the internet, those feelings were articulated in protests, newspaper articles, books and a huge variety of media and public pulpits. Today, that disparate global forum has coalesced online, especially on short-messaging services such as Twitter. So when it came to mining public opinion for insights into corporate sustainability actions, Orenda went straight to social media.

The Nova Scotia, Canada-based alternative data provider saw greater value in the chit-chat among ordinary people than carefully worded pronouncements on company press releases and financial reports. In 2015 it built proprietary technology that could sift through millions of daily social media posts. From the conversations between friends, colleagues and total strangers, Orenda’s platform began identifying references to companies within the daily tidal wave of posts. The software then analysed that information to gauge whether perceptions about corporate ESG positions were positive or negative.

The alternative data provider’s acquisition earlier this year by financial services giant SIX is testament to the growing acceptance of Chief Executive and Founder Tanya Seajay’s belief in the power of mass communication.

“We bet everything on the community having the stronger voice and the more authentic voice than the corporations themselves,” Seajay tells ESG Insight. “It was a really good, smart bet. It is what I would call an ESG goldmine.

“What we didn’t know at the time of our launch was just how exponentially social media would grow, and definitely how it’s grown to be an important environmental, social and governance content base. But this was definitely a more authentic way to get the true ESG performance of a company.”

Orenda’s cloud-based tech uses artificial intelligence and machine learning to parse data into ESG performance scores. Companies are given a one-to-five rating according to the sentiment established by its algorithms. The software works on around 2.5 million daily data points fed from social media through an API.

Over time the scores attributed to companies show whether perceptions of their ESG commitments are improving or eroding. From that Orenda can help investors optimise their portfolios.

“ESG is, more than anything, data and content,” she explains. “We had to give people a good interpretation of that data very quickly, so that decisions could be made either at the CEO level or at the investment level really quickly.

“What clients want to be able to do is keep a strong monitoring of their ESG investments as well as be able to see the momentum growing with any particular equity when it comes to their ESG activities,” she explains.

From the outset, Orenda’s system was built with expansion in mind. While its creators couldn’t have anticipated just how big social media would become, they did expect it to grow. That meant their system had to be scalable for speed and volume. Additionally, it had to be able to work with other financial data, so that clients could reap the synergies of combining the different sources.

We had “to be able to take it and use it against more traditional data, such as pricing data because you want those two to be able to talk to each other so that they make sense and give a fuller picture”, Seajay says.

As a young company with no legacy infrastructure to update or replace, Orenda was able to bake all of those requirements into its platform. One other ingredient was needed, however; to maintain future compatibility, Orenda had to configure its taxonomy so that a broad array of data could be mapped to it.

That, Seajay says, has proven crucial in the fast-changing ESG data space. The flexibility of the setup was demonstrated in March when SIX acquired Orenda and almost overnight increased the number of companies the system monitored to 15,000 from about 1,000.

With an adaptable platform, Orenda is now looking at ways to harness other social media, particularly in China. Using Google Enterprise APIs, he company is able to accurately translate input from 1,800 different languages.

Seajay laughs at the notion that Orenda’s raw materials come from the same source that provides funny cat videos. But she is in no doubt that leveraging the billions of messages posted each day on the likes of Twitter can help investors make choices that will contribute to slowing global warming and bringing social equity.

Orenda was created from Seajay’s belief that companies not only do better when they act better but – importantly – that the people who finance those companies also want to do better.

While financiers, environmental activists and social justice campaigners may once have thought themselves incompatible, the growth of the ESG space has illustrated that they make very easy bedfellows.

“I think everybody in the industry understands it, they may not have the language to be able to express it, because they’ve been very focused on the financial world,” she told ESG Insight in an interview in September. “My background has been more in the social sense so I’m able to bring that thinking and merge it with financial thinking, when previously those two worlds were very separate. ESG has brought those two worlds together.”

The long-term benefit of that, she argues, is a better ESG reporting landscape, where data is more plentiful and freely available. That, in turn, will strengthen the credibility of ESG analysis and disclosures.

“You can see that shift happening,” she says. “As companies and as ESG continues to evolve, we’re going to be able to get more data that is going to make greenwashing and the like very, very difficult.”

END_OF_DOCUMENT_TOKEN_TO_BE_REPLACED 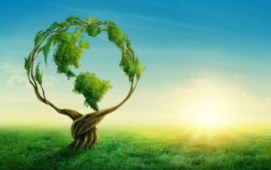 Financial research giant Morningstar has launched a “plainspoken” ESG service to help the growing army of global retail investors navigate the sustainable finance landscape. The Chicago-based company’s Investable World is a free data-enriched web portal that walks users through the key concepts, assets and investment strategies that form the backbone of the sustainability sector. It...