Vendors are Having to Prove Their Worth in Burgeoning Corporate Actions Market, Says SmartStream’s Phillips

Firms in the US and Europe are seriously scrutinising the vendor solutions in the corporate actions space because of the pressure they are coming under from a risk management and data volume perspective, says Paul Phillips, senior business development consultant at SmartStream Technologies. The vendor has recently commissioned A-Team Group to conduct research into the current global trends and priorities for corporate actions automation projects, which indicates that risk reduction is now the primary driver behind these investments.

“There has been a move in the US market in particular to consider vendor solutions as an alternative to lengthy in-house development,” explains Phillips. “The tier one firms especially are becoming more engaged in the discussions with vendors and are more open minded in their approach.”

The research report, “The Never-ending Story? Progress in the Automation of Corporate Actions” (which can be downloaded here), indicates that these discussions are also being held with a higher level of the company food chain, namely the C-level executives rather than IT. It is the current importance being placed on risk mitigation that is driving both this interest and the resulting investments in corporate actions. According to the US and European respondents to the A-Team Group survey, 100% saw a reduction in the risk of losses as a driver for automation, rather than other drivers such as improvement in efficiency (80%), cost reduction (60%) or regulatory compliance (30%).

However, risk is what is also holding back these firms from investing in vendor solutions, notes Phillips. The high profile failures of a number corporate actions solution projects over the last couple of years, such as the recent HSBC and Fiserv project, has meant that there is a lack of faith in vendor solutions and vendor risk is perceived as a significant threat, he says. This means that vendors are being asked to prove their stability and tangible success metrics throughout the course of a rollout.

Phillips reckons this trend may mean that a few vendors fall by the wayside as time goes on: “There will certainly be fewer serious providers in the corporate actions automation space going forward and I doubt there will be any new entrants to the market.” This is following the slew of new entrants to the space over the last couple of years, including GBST and Broadridge, and a tough time for a lot of the more established players in the market, such as Fiserv. With limited business to go round, Phillips believes that those vendors offering trickier and lengthier implementation processes, a la Tata Consultancy Services (TCS), and those that have taken their eye off the ball will suffer.

The business that is out there at the moment is highly targeted at reducing operational risk and increasing efficiency to be able to deal with rising volumes of corporate actions data via implementations that are quick and easy to complete. Hence software as a service (SaaS) has become something of a buzzword of late. To this end, SmartStream has been pitching its On Demand TLM Corporate Actions solution, which it added to its common platform back in September last year.

The A-Team Group report indicates that the current focus for many automation projects is areas as entitlement confirmations, instructions processing and enhanced client communications. Progress has been made in the automation of the simpler and more standardised event processes such as data capture and reconciliation, but the more complex processes further down the lifecycle are next on the hit list. Out of the respondents to the survey, 100% had automated data capture, 80% had automated reconciliation and 70% messaging. However, custodians, prime brokers, asset managers and banks in both the US and the UK highlighted issuer announcements, election responses and proxy voting as areas causing processing issues.

Pressure from regulators such as the Securities and Exchange Commission (SEC) in the US is also adding to the argument for tackling automation of the corporate actions space, says Phillips. “Firms are being required to demonstrate risk mitigation techniques and audit controls have become much more rigid, which means an added level of data transparency,” he continues. “All of this must be done at the same time that volumes of data are rising.”

The US market is characterised by slow adoption of back office technology, notes Phillips: “A lot of the prospects we have been speaking to in the region are on systems that are 30 years old and are not scalable.”

This is less of a problem in the European and Asian markets, but there remain serious issues related to a lack of standardisation in these markets also.

Phillips describes the current vendor market in these two regions as “tough” as a result of the current reluctance to sign on the dotted line on the part of firms wary of vendor risk.

SmartStream is currently exploring the potential of its SaaS offering for the medium and small sized firms that do not have the budgets to spend on large automation projects. “The challenge is to determine how far down the on demand route we go and how to meet their basic level of requirements with a quicker and less costly deployment,” says Phillips.

END_OF_DOCUMENT_TOKEN_TO_BE_REPLACED 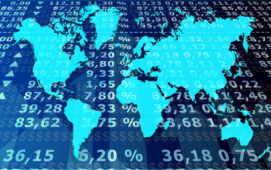 FactSet is meeting increasing market demand for rapid content integration, access and control by integrating its data-mapping solution, FactSet Concordance Service, into Snowflake’s cloud data platform. The integration allows investment professionals to quickly link third-party, FactSet, and proprietary content together in the Snowflake platform. The data-mapping solution is scalable and can be used by joint...