During the last hearing before its August recess, the US Senate Banking Committee examined the current proposals circulating within the US regulatory community concerning ratings agencies. The Committee is expected to push through legislation on the subject in the autumn but took the opportunity this week to give the ratings agencies a further ear bashing.

Chairman Chris Dodd was particularly critical of the agencies for their impact on risk evaluation within the market. “Rating agencies market themselves as providers of independent research and in-depth credit analysis,” Dodd said. “But in this crisis, instead of helping people understand risk better, they hid risks throughout layers of complex structures. Instead of demonstrating independence, their ‘issuer pays’ business model and consulting services to the investment banks that structured complex securities compromised their independence.”

The discussions represent the start of the process to take the recent proposals for ratings agencies oversight and incorporate them into sound legislative proposals. To this end, Michael Barr, Assistant Secretary for Financial Institutions at the US Department of the Treasury testified at the hearing to examine proposals to enhance the regulation of credit rating agencies.

“Bad methodology, weak oversight by regulators, conflicts of interest, and a total lack of transparency contributed to a system in which AAA ratings were awarded to complex, unsafe asset backed securities. This broken system must be fixed,” said Dodd.

He discussed the part that these agencies had to play in the financial crisis (a popular topic for the regulatory community over recent months) and the reforms aimed at restoring public confidence in these firms. “Rating agencies need competent regulation and better information on which they base their ratings. They need to provide investors with clear information about their methodologies and performance. For too long, there has been no real penalty for publishing consistently erroneous ratings. That should be grounds for the SEC to revoke registration from credit rating agencies that consistently perform poorly,” he elaborated.

Crime and punishment, another popular theme over recent weeks… Dodd hopes to achieve this greater level of scrutiny and oversight via a “stronger regulator, with ample authority and qualified staff to deal with conflicts and abusive practices”.

The other proposals that have been discussed over recent months include repealing legislation that mandates the use of ratings for areas such as risk management and an end to the issuer-paid model for ratings services. The proposals would also bar ratings agencies from providing consulting services to any company they rated and would require them to disclose fees for a rating. This is to prevent “ratings shopping’’ in which a company solicits “preliminary ratings’’ from multiple agencies but only pays for and discloses the highest. Agencies would also be required to use different symbols for structured finance products, which are perceived to be riskier than other instruments.

These proposals were duly debated by the Committee this week but the industry will have to wait at least a month (as regulators pop off on holiday) to ascertain next steps of action to be taken. Happy holidays.

END_OF_DOCUMENT_TOKEN_TO_BE_REPLACED 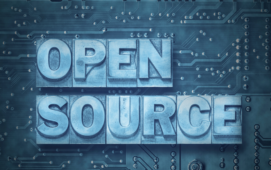