The recently published US Financial Reform Legislation Bill contains important data standardisation proposals including the establishment of an Office of Financial Research to monitor and collect data from across the industry. The new regulatory body would include a data centre that would be charged with doing the legwork, namely collecting, validating and maintaining all the relevant industry data. This data would then be used by the regulatory community to assess systemic risk and the threat that individual firms pose to the financial system overall.

The data centre will collect this data direct from member agencies, commercial data providers, publicly available data sources and financial entities. It will have the power to compel firms to provide the data it needs for systemic risk assessment, according to the terms of the Bill, but will look to regulatory agencies to provide this data in the first instance.

The Office of Financial Research would also have some degree of clout within the industry with regards to driving forward the goal of data standardisation across regulatory agencies. The Bill notes: “If a member agency fails to implement such regulations prior to the expiration of the three-year period following the date of publication of final regulations, the Office, in consultation with the chairperson, may implement such regulations with respect to the financial entities under the jurisdiction of the member agency.”

Possibly the most important part of the Bill with regards to data standards per se, is the proposal for the data centre to publish this data and make it publically available. “The data centre shall prepare and publish, in a manner that is easily accessible to the public – (i) a financial company reference database; (ii) a financial instrument reference database; and (iii) formats and standards for Office data, including standards for reporting financial transaction and position data to the Office,” states the Bill.

This data centre would thus become a catalyst for wider standardisation of entity and instrument data across the US market. By defining the format in which this data must be reported, it will compel firms to adopt these internally, or at least force them to cross reference their own standards with these industry wide ones.

On top of this and like the proposals enshrined in the argument for a National Institute of Finance (NIF), the Bill proposes to establish a research and analysis centre to monitor systemic risk on behalf of the wider regulatory community. To this end, it would need to evaluate stress testing procedures and investigate any potential disruptions within the market as a whole, among other duties. This data would then be reported back to Congress for relevant action to be decided upon.

This whole endeavour would be funded by a new Financial Research Fund, which would be established by the US Treasury, according to the Bill. However, there is as yet no assessment of how much this would cost to establish and maintain in the long term. We can expect to hear more details as the Bill progresses through the political system over the coming months.

As previously noted by Reference Data Review, there is some degree of concern within the industry about the US forging ahead of the rest of the world with regards to data standardisation, given the need for monitoring of systemic risk at a global level. Not everyone in the market is convinced that the regulatory community should be forcing change and there is some degree of debate about how long it would take to establish a fully functioning regulatory data hub such as the one proposed in the Bill.

The progress in the US should also feed into the debate around the European Central Bank’s (ECB) proposed utility. Regardless of the outcome, however, the very fact that data issues have made their way into the regulatory consciousness is a positive step forward for data managers hoping to get buy in to their projects across the globe.

The full reform bill is available to download here.

END_OF_DOCUMENT_TOKEN_TO_BE_REPLACED 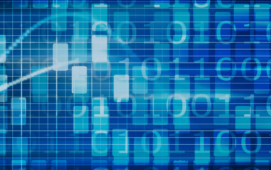