Regulatory scrutiny of the derivatives market is at an all time high following the financial crisis and the desire of the regulatory community to be seen to be taking the issues raised by the crisis in hand. Most recently up for investigation is data provider Markit Group, which is currently under investigation by the US Department of Justice’s (DoJ) Antitrust Division.

Although there is some degree of confusion about exactly what the DoJ is investigating, it is largely assumed that the London-based derivatives data specialist is being scrutinised regarding its ownership structure and pricing practices. There has also been speculation by some that the vendor’s pricing practices for its RED codes are also under the regulator’s gaze, but this has not been confirmed. For now, it seems that the US investigator is seeking to determine whether the bank owners of Markit, which include JPMorgan Chase, Bank of America, Goldman Sachs and Royal Bank of Scotland, had unfair access to price information.

The data provider is a big player in the credit derivatives market in terms of providing valuations and its core pricing model is based on contributions from its client banks. The opaque nature of these markets has been a target for many regulators over recent months, see for example the proposals to move all credit default swaps (CDS) onto regulated trading platforms. The DoJ investigation is likely another attempt by regulators to increase its understanding of and transparency around the space.

The anonymity of the market is, however, a dangerous area to target with regards to full transparency. By forcing full disclosure of pricing by specific contributors, the regulator would effectively drive the business out of the market.

The result of the investigation is understandably being closely monitored by all in the valuations space and the secrecy of the procedures have added momentum to the Chinese whispers going across the industry. The concern of many of those in the space is that Markit may become a victim of the regulatory community’s derivatives witch hunt, thus setting a dangerous precedent for the future.

END_OF_DOCUMENT_TOKEN_TO_BE_REPLACED 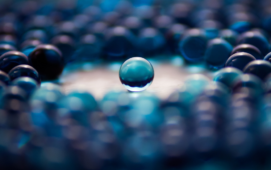