Last week potentially saw the beginning of the end of the row concerning the regulation of the credit default swap (CDS) central clearing counterparty (CCP) market with an announcement from the regulatory community that it is discussing cooperation and information sharing arrangements. During a meeting hosted by the Federal Reserve Bank of New York, regulators from the US and Europe indicated that they are open for further discussions concerning cross border standards and a consistent oversight approach.

The discussions centred around mutual support between regulators and applying consistent standards and promoting consistent public policy objectives and oversight approaches for all CDS CCPs. It was decided that a further workshop would be organised for all parties to continue the discussions and find practical solutions to the oversight of the market.

The US market has witnessed an ongoing power struggle between the CFTC and the SEC over regulatory jurisdiction for the CDS market over the last six months and it is hoped that these discussions will put an end to this furore.

On the European front, last week, Banque de France also threw a regulatory spanner into the works with its proposals for a European led CCP in opposition to the UK and US led contenders. Given its interest in the market, it is likely that the French central bank will be invited to join in the discussions in the coming weeks.

END_OF_DOCUMENT_TOKEN_TO_BE_REPLACED 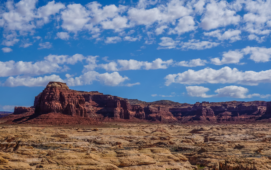