As if it was a warning shot to those dragging their heels in meeting the UK Financial Services Authority’s (FSA) recent call for firms to provide more data about their management of client assets, the regulator has this week fined JPMorgan Securities Limited £33.32 million for breaches of its client money rules. It is the largest fine ever levied by the FSA and it indicates that the regulator is taking the management of client assets seriously in light of the collapse of financial institutions such as Lehman Brothers and the resulting liquidity issues.

The error, which involved money held in JPMorgan’s futures and options business, went undetected for seven years (between 1 November 2002 and 8 July 2009, to be exact) and should the firm have gone bust during this period, would have resulted in a loss of client money, according to the FSA ruling. The failure of JPMorgan to place client money in a segregated trust account put the firm in breach of Principle 10 of the FSA’s Principles for Businesses. The amount of client money which was not segregated throughout the relevant period ranged between US$1.96 billion and US$23 billion, according to the regulator.

The issue came to light on 8 July 2009, during conversations between senior staff within compliance and treasury regarding the futures and options business’ contribution to treasury funding, states the FSA. The individual business’ view was that most of the money would be client money, whereas treasury explained that it did not know that the futures and options business’ money was client money. These conversations then led to an internal investigation about the status of the money received by treasury from the individual business line.

As with many other recent rulings, JPMorgan’s cooperation with the regulator resulted in a 30% discount for the firm on the overall fine. However, the regulator is clear that the high level of the fine is a warning to other firms that these issues must be taken seriously. “In determining the proposed financial penalty, the FSA has considered the need to send a clear message to the industry of the need to ensure that client money is properly segregated in accordance with the relevant rules and that failure to do so will result in severe consequences,” it warns in its ruling.

David Sherriff, COO of vendor Microgen, reckons that as well as restructuring their dealings with client assets, firms will have to invest further in their risk management systems. “To defend their position banks will need to generate greater financial transparency into their balance sheet and report in more granular detail on their risk portfolio. This is a complex task at the best of times and mergers and acquisitions muddy the waters further. But if they can’t generate the visibility needed to accurately report on risk, banks will find it tricky to stand their ground. More and more banks are looking at how they can use technology to generate increased visibility, putting them in the position of being too smart to fail rather than too big,” he contends.

In light of the action taken against JPMorgan, the sign off of the letter sent out by the FSA’s managing director of risk Sally Dewar, which threatens “further action” for those that fail to provide the requisite data, takes on a whole new significance.

A study by the FSA released last year indicated that many of the 50 firms it surveyed during the six month research period were found wanting in terms of their control of client assets, including their recordkeeping and data management around the storage of these assets. The FSA is therefore hoping for firms to invest in their compliance systems and controls in order to fill these gaps, including adding an extra level of data scrutiny with regards to providing an audit trail for the storage of these client assets. JPMorgan may therefore be the first of many more to come…

The full FSA ruling on the JPMorgan case is available to view here.

END_OF_DOCUMENT_TOKEN_TO_BE_REPLACED 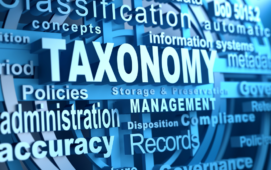 The UK government announced today a Green Technical Advisory Group (GTAG), which will oversee delivery of a green taxonomy that will set the bar for investments that can be defined as environmentally sustainable and tackle greenwashing. The post-Brexit UK taxonomy is likely to be similar, but not identical, to the EU taxonomy set out in...