The UK Financial Services Authority (FSA) has agreed to review London-based think tank JWG-IT Group’s guidance on wholesale customer data management, which it plans to submit to the regulator in the first quarter of next year. The group is in the process of drawing together industry guidance that is aimed at defining the operational requirements banks should adhere to when dealing with customer data.

The JWG-IT Group will therefore be creating and putting forward to the FSA industry guidance for the regulator’s approval in order to help firms comply with the relevant regulation and thus avoid sanction. The guidance document is due to be submitted in the first half of 2009 and the group hopes for it to be approved by the regulator by the second quarter.

The group says it decided to focus on the counterparty data management space as a result of feedback from its membership. For example, at JWG-IT’s 2008 Forums in London, Frankfurt and Milan, the top priority to mitigating risk in the market, as identified by 55% of attendees, was improving poor quality product and customer data.

The source of the concern was a large set of regulatory requirements now governing the customer data set and the reputational damage and regulatory fines that have accompanied data breaches in this space, says JWG-IT. The FSA’s rulebooks have now incorporated the EU’s Anti Money Laundering (AML III), MiFID and Data Protection Act (DPA) requirements to conduct a “rolling review” of customer data. However, despite this increase in legislation governing the area of counterparty data, there is currently no industry guidance in this space, says the group.

JWG-IT Group CEO, PJ Di Giammarino, explains that the group is focused on achieving benefits from better quality data customer protection, liquidity risk and other forms of risk management. “To date, the group has found that there is over a £1 billion business case for UK firms to improve their data maintenance processes,” he adds.

To generate the guidance for submission to the FSA, JWG-IT indicates it will research and define the minimum standards required for the rolling review of wholesale customer data. This will be done via a working group, known as the Customer Data Management Group (CDMG), consisting of senior operations, risk and compliance officers from firms including Citigroup and RBS.

Thus far, the CDMG has defined a common view of the customer data set and the process by which it should be maintained. It is currently working through the 1000 pages of rulebook text that are linked to 17 key issues, and is drafting recommendations on how they can be resolved. The group indicates it will deliver this guidance in first quarter of 2009 and work with the FSA until it is able to achieve confirmation. An important part of the review process will be to vet the firms’ work with a Practitioner Advisory Committee in order to bring both industry and extra-industry perspectives to the guidance, says the group.

Julia Sutton, global head of customer accounts at Citi, reckons the initiative is important enough to brought onto the global agenda and is part of the drive to help establish a common definition of “what good looks like”.

Professor Vicki Lemieux, director of the Centre of Investigation for Financial Electronic Records (CiFER), is also positive that the group will be able to make some headway “By participating in this project we are building a deeper common understanding of the way in which banks create, communicate, process, store and dispose of customer records and data that will help develop real world solutions to mitigate identified risks,” she says.

The ability for organisations to formally submit proposals to the FSA for the regulator’s approval was introduced in September 2007 as part of its move to principles-based regulation. To date, four pieces of guidance have been confirmed relating to: outsourcing, suitability and appropriateness, investment research and investment policies.

END_OF_DOCUMENT_TOKEN_TO_BE_REPLACED 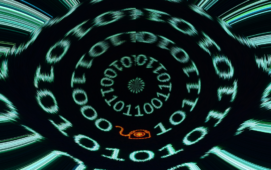