In keeping with his work for the Information Providers User Group (IPUG), David Berry, executive in charge of market data sourcing and strategy at UBS, called for an end to vendor complexity by eliminating the use of proprietary instrument identifiers. “Vendors introduce complexity into the market by attempting to differentiate themselves on the basis of instrument identification and this should be eliminated,” he told delegates to this year’s FIMA, repeating calls he has made frequently on the subject over the last year or so.

Berry noted that the evolution of various markets has also led to some of the data management complexity, but indicated that the breaking down of proprietary data formats would be a first step towards dealing with the standardisation challenge. “It must be noted that it is complex chemicals flowing through your data pipes and not water,” analogised Berry. “You need to be able to process products and understand them, as well as meeting the local requirements of your customers in different countries.”

He reckons that a mandated reference data standard for instrument and entity identification is therefore imperative as a way to begin to process these complex chemicals. “We need a standard, and now,” he stressed. “The regulator needs to step in and drive forward the standards agenda.”

This is a view Berry has voiced frequently as part of IPUG’s crusade to break down the proprietary identification barriers in the world of financial instruments. To this end, earlier this year the group sent an open letter to data giant Bloomberg to argue for its symbology to be included in FOW TRADEdata service Xymbology, and it has also recently lobbied other players such as Cusip Global Services (CGS) and Thomson Reuters.

Berry’s support of regulatory intervention in the reference data space also backs up the plans of the European Central Bank’s head of external statistics Francis Gross, who has been calling for the introduction of a reference data utility for some time. It also backs up the US government’s decision to introduce the Office of Financial Research, although not everyone is as sure as Berry on the subject.

Gross also reprised his call for a “lean” utility (rather than last year’s “thin” utility – but this is a change of term, not content) at this year’s FIMA, campaigning for a “single trusted source” of reference data for the industry and regulatory community. He contended that such a utility could represent a “reliable and lasting point of convergence for the industry” and noted that the ISO process would be the “natural choice” to define the standards.

END_OF_DOCUMENT_TOKEN_TO_BE_REPLACED 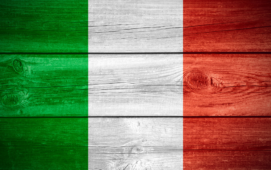 Italian trading software developer EliData has integrated real-time market data sourced from QuantHouse’s QuantFeed API into its smart order router (SOR), arbitrage and best execution capabilities. The collaboration has already resulted in an implementation at a ‘major financial institution’ in Spain, and will be marketed jointly across Europe. Using QuantFeed, EliData is able to provide...