The UK Financial Conduct Authority’s (FCA) approval of the approved reporting mechanism (ARM) provided by market data, trade matching and regulatory reporting services company Trax is the first domino in a line that its makers hope will run through European countries by the time MiFID II takes effect in January.

As an ARM, Trax has enhanced the reporting it offered for compliance with MiFID I and added features necessary to enrich data and validate more data fields to report, in keeping with MiFID II, to the FCA’s new Market Data Processor (MDP) system, which is replacing its Zen trade capture system, according to Chris Smith, head of Trax. MiFID II increases the number of fields in transaction reports from 26 to 65, for example, notes Smith.

The FCA’s MDP is expected to open this summer, while it remains unclear when exactly other European nations’ equivalent systems will be live. Some European countries are partnering on single systems, like France and Belgium, and the Scandinavian countries. Trax is preparing its ARM for multiple European systems.

“We’re going through a similar exercise with all the national competent authorities (NCAs) throughout Europe,” says Smith. “Some are more advanced than others. Some have their test systems up and running, although none of them have started consuming files yet. We have been testing some file connectivity with the French and Belgian authorities, using a common platform. We have to connect [to] several of those systems where our clients demand it, so we can carry out our reporting to all those competent authorities and the firms that report to them.

“We hope a good number will be ready to test from the summer onward,” adds Smith. “Whenever they’re ready, we will be there.”

MiFID II reporting obligations mean that firms must choose vendors and partners, he says. “That means looking at your internal abilities and asking for help. Most European financial services industry firms should be well on their way to understanding what their program looks like by now. If they don’t, they really need to get on with it during the course of the second quarter.”

END_OF_DOCUMENT_TOKEN_TO_BE_REPLACED 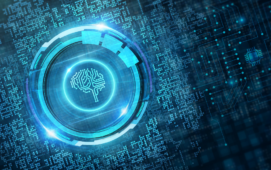