‘Tis the Season to be Wary

It would be a vast understatement to say it has been a challenging year; for many 2008 has been wrought with redundancies, pay cuts and a significant increase in workload. ‘More for less’ seems to have been adopted out of necessity as the latest industry catchphrase. However, it has not all been doom and gloom: the data management community in particular has witnessed a flurry of innovation in response to the financial crisis and the resulting increase in regulatory scrutiny.

Although budgets have been slashed across the IT space, data management seems to have survived relatively unscathed due to the increased focus on the risks posed by inaccurate data to an institution’s bottom lines. The ongoing debate about fair value pricing in the market in particular has been especially effective at prompting heightened vendor activity. As a result there have been a slew of new entrants into the valuations vendor community, including NYSE Euronext’s subsidiary Prime Source, which was launched in February, and newly upgraded valuations offerings from vendors such as Interactive Data, SIX Telekurs and Thomson Reuters. Given the activity in this part of the market, it is unsurprising that both this month’s cover stories are focused on this sector. The Bank for International Settlements (BIS) is calling for greater regulatory scrutiny of the valuation process and this combined with the Securities and Exchange Commission’s recommendations for the measurement of fair value pricing should prove yet more impetus for the valuations vendor boom to continue. The recommendations by the regulatory community at large for institutions to take third party pricing sources are a case in point. However, despite the current boom, it is not yet clear how many vendors will remain in the valuations business in the long term. Reference Data Review readers are certainly pessimistic about the future of this sector, according to our latest reader poll that is. Most of you indicated that you believe the introduction of a clearing counterparty (CCP) in the credit default swap (CDS) market will result in a period of consolidation within the valuations vendor community. Over half of respondents to the poll, at 56%, said consolidation is on the cards, whereas only an optimistic minority, 11%, thought there would be an increase in vendors over the next couple of years. The introduction of CCPs in the credit derivatives market has certainly garnered its fair share of headlines over the last few months, as debates amongst regulators, market participants and CCP contenders rumble on. Earlier in December, the interdealer-broker community debated the impact of the CCPs on its business model and called for a regulatory guarantee that competition would be mandated. There is also a wider regulatory discussion ongoing about which regulatory body should be charged with oversight of the CCPs. A merger between the US SEC and the Commodity Futures Trading Commission (CFTC) has already been proposed by SEC chairman Christopher Cox, but it is as yet uncertain whether this will be taken forward. The SEC has, however, eased the registration requirements for the contenders to the CCP throne to expedite the establishment of their platforms. In Europe, European Commissioner for Internal Market and Services Charlie McCreevy has also voiced his support for the creation of CCPs to increase transparency in the market, but he has cautioned that the largest players should not all be US-based. This all seems to indicate that the competition in the market is heating up on all fronts, thus supporting the assumption of the large proportion of Reference Data Review readers that believe consolidation is on the way. However, 33% of readers indicated that they believe the CCPs will not impact the vendor community at all. Perhaps at this stage it is still far too early to tell.

END_OF_DOCUMENT_TOKEN_TO_BE_REPLACED 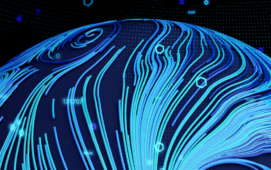 Desktop integration specialist OpenFin has published a case study mapping out how Liquidnet deployed its platform to develop a single application uniting three of its key data and analytics offerings. The project aimed to bring together the respective capabilities of the OTAS Technologies, Prattle and RSRCHXchange units, which Liquidnet combined into a single entity called...