The US Foreign Account Tax Compliance Act (FATCA) will take its toll on data management functions with most financial firms expecting know your customer (KYC) and client onboarding processes to be hit hardest by the legislation. During a webinar hosted by Thomson Reuters, participants also pointed out that FATCA is the tip of the iceberg, with many other countries expected to enact similar tax regulations that will crack down on tax avoidance by their citizens.

Tim Lind, global head of middle office, enterprise content, at Thomson Reuters,  introduced the webinar, which included expert panellists Gerard Laures, senior partner at KPMG Luxemburg, and Amy Harkins, senior vice president and managing director at BNY Mellon. Lind quipped: “One thing for sure is that FATCA is going to add to the burden of the KYC and client onboarding process, which must now ask three critical questions: are you a terrorist; are you a money launderer; or are you an American?”

On a more serious note, he reviewed the gamut of regulations aimed at ensuring greater disclosure and transparency, and suggested these will put a premium on quality reference data as well as impose new classifications that banks will need to add to their securities records, counterparty records and all the systems that process these. Going forward, he commented: “As regulators look at the exposure of banks and asset management companies, standards must emerge to put portfolios and assets in the right buckets so that risk and capital can be properly assessed.”

Focussing on FATCA, Lind reported the outcome of a question asked during the webinar that considered whether the recent six month postponement of the legislation coming into force was welcome. The response showed 69% of webinar participants in favour of the postponement and 31% against.

Laures said the IRS registration portal is user friendly and recapped the need for all financial institutions in the scope of the regulations to register, including those in countries that have intergovernmental agreements with the US authorities. On the FATCA timeline and taking into account the six month postponement of compliance, he noted a registration deadline of 25 April 2014 for all firms that must report under the US regulations – countries with intergovernmental agreements have until the end of 2014 to register – with reporting starting in 2015.

While the first FATCA deadline is less than a year away, Laures noted a lack of project activity among investment funds, saying: “Why is FATCA so tricky for them? Many of them work with service providers using an outsourcing model, so depending on the way the fund is set up describes the possibilities of how it can be classified.” While clarity is still required here, Laures confirmed that the fund rather than the administrator is the foreign financial institution as defined by FATCA and must meet the requirements of the legislation or an intergovernmental agreement wherever it is located.

Turning to the data management implications of FATCA, Lind reported the results of another question asking which data management functions will be most affected by the legislation. Some 27% of webinar participants cited KYC and client onboarding, 13% the determination of US sourced securities, 6% tax withholding and 4% tax reporting. Topping these statistics, 50% said FATCA would have a significant impact on all these processes.

Acknowledging the challenges of FATCA, BNY Mellon’s Harkins said KYC and client onboarding should be the main focus of data management efforts. She explained: “The biggest challenge is having a structure in place to accommodate the large quantities of data required for FATCA. Creating the right client operational processes and supporting these with technology is also important. Organisation of client data and documents is integral to tracking and verifying FATCA data, so the need is for an accurate mapping of customer, account and account balance information. Another challenge is to ensure clients’ FATCA classifications are correct. This requires additional data to that collected for KYC.”

Harkins went on to note the need for firms to obtain a Global Intermediary Identification Number (GIIN) from the IRS registration portal as part of the FATCA requirements. She also described the legislation’s grandfather obligations, which in this case are any obligations outstanding on January 1, 2014. She explained: “These obligations have been created so that institutions can continue payments without FATCA withholding for grandfathered instruments. They have a broad definitions, but from our perspective we think the most important thing to zero in on is the fixed term, or end date, part of the definition. A firm needs to work out which obligations it had before the date and which are legally binding, then it needs to monitor the debt and any modifications to the debt.”

Discussing the IRS’s creation of a new identification scheme using GIINs to identify financial entities as participants in FATCA rather than existing or emerging identifiers such as the legal entity identifier, Laures said: “Going forward, the GIIN could be a global standard. At first, Germany and Spain, for example, were reluctant to use the US tax identification numbers and were thinking of creating their own. In the end, this was dropped for reasons of operational simplicity.”

Lind added: “It would be a dream to have a single identifier used for all purposes, but that might just be a dream. At Thomson Reuters, we have added grandfather obligation flags to our data and flags that indicate if a security is of US origin. The harder part is changing the exemption of grandfathered obligations as a result of a material modification. We have brought customers together to discuss what event will cause the material modification – is it the maturity date, the change in yield? When you talk to peers in the industry they have different views, so trying to drive a consistent view on material modification is going to be a real challenge as the IRS is not prescriptive in its guidance. This is going to be a huge topic in the future.”

Concluding the webinar on the issue of whether other countries will enact similar tax regulations to those enshrined in FATCA, Lind reported the results of a participant poll that showed 86% of participants expecting FATCA to be the tip of the iceberg.

END_OF_DOCUMENT_TOKEN_TO_BE_REPLACED 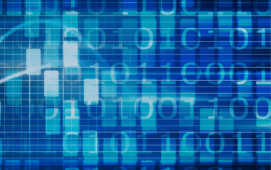