The Week That Was…

This week’s financial conference on the US reform bill finally saw the Office of Financial Research come under the spotlight with Republican senator for Texas Jeb Hensarling’s motion to strike the proposals from the regulation. The details of the discussions are now publically available and it’s interesting to see the various angles of attack and defence that have sprung up within the political sphere.

During the debate, Hensarling took issue with the creation of the data collection centre to monitor the financial system and linked it to the creation of the consumer bureau, which would be granted with what he called “unlimited” power and funding. His concern was therefore with the data privacy concerns of such an endeavour and the fact that it would not be subject to “any oversight of their funding”, as he saw it. “The Federal government would essentially be able to track what you buy, who you buy it from, when you buy it, and this information could be shared with numerous government agencies,” he stated.

Much like US Republican senator Richard Shelby, Hensarling referred to the threat of a new “legion of government bureaucrats” with too much power that could pose a threat to privacy due to misuse of data or data breaches. He said that the rulemaking power with regards to uniformity of information (read standards) could also be costly to achieve.

Hensarling noted the potentially high costs of running the utility that could be passed on to end consumers: “It essentially has full tax and spend powers. ”How much would running such a centre cost? I suppose nobody knows precisely, although it has been estimated at costing around a half a billion dollars annually to operate.”

As an aside, the estimates thus far by academics in favour of the utility do indeed indicate that they expect running costs per year to total around US$500-600 million, plus US$5 million for the initial purchase of computers and software on which to store the relevant data. Which begs the question, where are the costs of the data itself in this equation – collection, cleansing and validation don’t come cheap after all.

Hensarling added that Morgan Stanley (one of the few financial institutions that has indicated its direct support for the idea of such a utility via its signature on the petition to launch the National Institute of Finance earlier this year – check out the members list here) has indicated that the establishment of such a utility would save it between 20-30% of operational costs: “Begging the question, is this just one more bail out?” He called the utility a monopoly that could mean reliance on one set of data that could turn out to be incorrect, thus posing a threat to stability.

Of course, the Office of Financial Research has its supporters in the political camp, one of the most high profile being the House-Senate conference committee chairman himself: senator Barney Frank. He contended that the use of such data to monitor systemic risk was an obvious step for the regulatory community to make.

However, senator Spencer Bachus took issue with the reference in the bill to the collection “all information related to all financial transactions” from “all financial institutions” rather than that related directly to systemic risk. The director of such a body would also not be accountable directly to Congress, he added.

Senator Scott Garrett compared the idea to “speaking in fairytales” by allowing such a body to collect a level of data that has previously been unheard of. He supported Bachus and Hensarling in recommending an amendment to the bill that would restrict the powers of the Office of Financial Research to systemic risk data monitoring alone. This is to protect the public from being subject to being subject to a potentially “creepy mission” of the director of such a body, who is essentially an “unelected bureaucrat”, he said.

As a supporter of the utility, senator Carolyn Maloney agreed that a “friendly amendment” to limit the data in question to systemically important information would be acceptable. “It is potentially a good government information tracking tool that should be focused on monitoring systemic risk,” she said.

Given that the amendment to strike the bill was rejected (by 7 to 12), the group agreed to re-adjourn to discuss an amendment to limit the utility’s remit to systemic risk, which seemingly is still yet to be clarified.

A link to the actual video of the conference discussions on striking the Office of Financial Research from the bill is available to view here (discussions on the subject start at 00:26:50, to save you listening in to the whole two and a half hours). Surprisingly, it is quite an entertaining watch!

END_OF_DOCUMENT_TOKEN_TO_BE_REPLACED 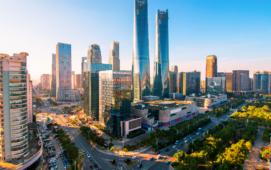 In another indicator of the market’s acceptance of AI, Tel Aviv-based Mirato has raised $9 million to support the development and commercialization of its third-party risk management (TPRM) platform. With regulators intensifying their scrutiny of financial institutions’ relationships with external suppliers – with regulations like GDPR addressing privacy concerns, for instance – Mirato’s offering helps...