Next month’s Sibos conference in Hong Kong seems to be generating its fair share of buzz with regards to putting corporate actions back on the agenda. Goran Fors, global head of custody at Nordic bank SEB, reckons the discussions will indicate that the industry still has a long way to go within this particularly manual area of reference data.

“It is important to remember that we actually have to achieve much more in the area of corporate actions. The risks are still enormous and manual processes dominate to a large extent,” says Fors.

This room for improvement is likely the reason that Swift has decided to put the topic back on the agenda for this year’s event. Corporate actions and reference data in general has been a significant area of interest for both regulators and industry participants alike, following the collapse of Lehman Brothers last year and the ensuing focus on risk exposure. Counterparty data, securities and entity identifiers have all been singled out, along with corporate actions, as areas that must be standardised further in order for financial institutions to get a better handle on their risk exposures.

Risk in general is also a key discussion point that is bound to crop up at the Swift conference, says Fors. “The discussion about risk mitigation will be very important. I think that looking back a year to last Sibos, we will have a number of very concrete topics to discuss. Sibos in Vienna was at the starting point of the financial turmoil in the eyes of many. I think this year’s Sibos will be a good opportunity to reflect on what could have be done better, how we have recovered and how to go forward in minimising risk,” he explains.

As for sessions that SEB is taking a particular interest in, as well as corporate actions, the bank is also keen to hear more about the work going on in the market concerning clearing counterparties (CCPs) and how this will impact the prime brokerage sector, says Fors. The recent launch of ICE Clear Europe and Eurex Credit Clear within the credit derivatives space is likely to have a significant impact on derivatives data management, for example. Greater automation will be a driving force for standardisation of certain data sets within the credit derivatives space.

Fors reckons that the Hong Kong location will not have a significant impact on client discussions at the event. “The location does not really affect the discussions. We will have the same discussions with our clients as we would have if Sibos were in Europe or in the US,” he says.

It may, however, affect attendance due to the high cost of travel at a time of budget cutting. Despite this, Fors thinks Sibos will remain an important event for the securities industry: “It will of course affect the number of participants to some extent, but Sibos is still an excellent opportunity to meet with clients and build on relations in a very efficient way, so I believe it will still be a well attended conference. Locations like Hong Kong normally attracts less people than locations in Europe, and this will be the case this year as well.”

Next year also represents the deadline for Swift’s 2010 plan, which ambitiously sought to extend the network’s geographic and sector specific reach. The issue of what next for Swift will therefore likely be a common discussion point during September’s conference. “During the next 12 months, Swift will work on the strategy for 2015 and I believe many related discussions will take place during Sibos week. We will probably see more of this on the agenda for next year’s Sibos,” says Fors.

END_OF_DOCUMENT_TOKEN_TO_BE_REPLACED 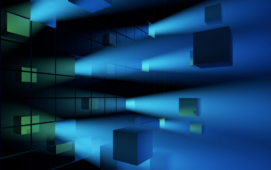