The Lexicon is Dead – Time to Reboot 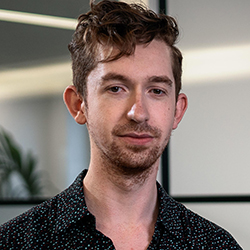 For years now, surveillance of regulated employees at financial services firms has relied on the lexicon, a piece of technology that scans staff for specific words or sequences of words that could be associated with an act of market abuse or misconduct. For example, a firm might have a lexicon watch for the word ‘secret’ as it might be indicative of a person who is sharing information they should not be.

Over time, the lexicon has become regarded as an essential compliance tool that is frustrating to use, in part because the technology used often generates a high number of inaccurate results (false positives) and hasn’t been updated for many years, despite advances in how and where we communicate.

Despite its flaws, the lexicon remains a powerful tool for identifying misconduct and signs of market abuse and will always have an important role to play in compliance. However, what is being used today is not fit for purpose. It is time to reinvent it.

Communication channels are constantly changing, and new platforms pose a big risk for firms’ compliance teams as they represent new places where regulated employees can hold unmonitored conversations. For example, despite the policies many financial firms have which ban the use of WhatsApp, traders are still able to communicate illicitly on this channel. Also, preferred channels can change rapidly, with use of Signal increasing after Elon Musk advocated that people switch from WhatsApp to this growing communications channel.

Compliance teams need to either capture the communications on these channels or flag the intent to communicate on unauthorised channels. However, most of lexicons are rigid and inflexible and do not allow for regular updates. This means that firms are unable to set up searches for communications such as ‘let’s speak on WhatsApp’ because the word ‘WhatsApp’ simply hasn’t been added to the lexicon dictionary.

Language has also changed. On instant messaging platforms we often abbreviate. ‘I will’ becomes ‘I’ll’ or simply ‘ill’. ‘Tomorrow’ becomes ‘tmr’ or ‘tomoz’. Yet most lexicons today only accept the full, correct or even British (as opposed to American) spelling of words, meaning that firms are likely to miss key signals of risk.

Another key issue that limits the effectiveness of legacy lexicons is that they do not consider context. Take for example someone writing ‘let’s split it’. If this is in relation to a client account this should create a flag, but if two colleagues are talking about the lunch bill, it should not.

Because most lexicons today can’t distinguish between these types of situations, firms are often forced to limit themselves to only a small number of search terms to ensure they can manage the workload. This is a significant problem as these firms could be missing key signs of market abuse by not including enough words in their lexicon-based alerts.

There are of course the firms with larger teams that decide to add more phrases, but these compliance departments often find themselves overwhelmed with alert volumes – struggling to determine the genuine risks from the false positives, such as the lunch example above.

Firms need to link the language used with the intent by understanding the wider context of how a word has been applied.

The industry needs a lexicon that can be adjusted in line with changes in how we communicate – capturing all iterations of words, colloquialisms, sentences, and how different people talk on different platforms. However, it is important to note that any communications surveillance system built around a lexicon needs to have advanced change controls and allow users to only roll out updates once they have evaluated the impact on their compliance programme.

Context is also vital to understand the intent behind a communication, as it enables analysis of what was said around a flagged word.

Another crucial element is the ability to both include and exclude words depending on the context in which they were used. For example, if the word ‘virus’ is used in the same sentence as ‘Covid-19’, the system should not raise a flag, but if the word is used together with the name of a co-worker or in a phrase such as ‘he is a virus’ this is likely a conduct misdemeanour that should be investigated.

Of course, deciphering modern language and how it is used is a no small feat. These are just some of the key areas where we hope to see advancements in lexicon technology.

Lexicons are, and will, remain important to help firms detect signs of wrongdoing – so the industry must focus on getting them right. By applying modern technology, the workings of lexicons can be improved significantly, balancing the needs of firms to monitor a much wider number of search terms, with more accuracy and less false positives.