Mention Telekurs to people of a certain age in the London financial technology business and you’ll quite often find that they have a picture of a second division player in the real-time market data industry. Either that, or the words that spring to mind are ‘Swiss’ and ‘back-office’, neither of which excite the front-office, trading-oriented London crowd.

Which is why it is interesting that in all the hullabaloo that has sprung up around reference data, Telekurs is the data vendor that everyone is talking about, rivalled only by FT Interactive Data as an international player.

Beat Koch, managing director of Telekurs Financial (UK), is used to this reaction: to some extent, his presence in London stems from the fact that the company very publicly failed to take advantage of a golden opportunity when it was chosen as one of two companies to take over the Topic real-time equity pricing service from the London Stock Exchange. Less than a year after acquiring the best part of 4,000 terminal users from the LSE, Telekurs effectively pulled out of the market and passed them on to ICV, the other company that had been chosen by Andersen Consulting for the LSE.

Koch moved from the company’s Zurich headquarters to pick up the pieces, a process which meant adopting a more corporate approach in the London market. “As an outcome of that failure we tried to reposition ourselves in the UK and concentrate on our real strengths,” he says. “One thing that was clear is that we are definitely not a software house, so we started to be open and work with software houses. We didn’t want to have an exclusive relationship with any one software house, and we had to convince the U.K. market of our real strength, which is all this good so-called back-office data, with the result that we are seen as having depth in corporate actions and other areas as well as real-time pricing, which, of course, we still cover.”

All of which is fortuitous, because that is exactly what everyone is now looking for as they build their reference data warehouses and reap the benefits of increased STP levels. “I’m quite happy to sit here at the moment and represent that part of the business,” says Koch. “At head office, we always said that there had to be a market in the U.K. for this kind of data, but in those days real-time market data was seen as somehow more sexy. We had both real-time and back-office data – which is something you see one of our largest competitors moving into with the acquisition of ComStock. It was never our intention to be on one side of the market or the other, and that gives us lots of market opportunities.”

Underlying market conditions have also swung in Telekurs’ favour. “We were always able to use our real-time data for back-office pricing. But 10 years ago, that was not considered essential – the market was always going up, so an end-of-day portfolio evaluation was not all that important: it was always going to be more than it was in the morning,” says Koch. “Now we have a very different, more volatile, market, and on top of that the regulators say you must know your risk exposure and money is very much a consideration.”

With the combined pressures from regulators and straitened market conditions, Telekurs finds itself presented with what Koch characterises as “a real strategic opportunity”. The challenge will be to rise to the occasion. “How to make it happen is the intellectual challenge we face,” he says. “We are probably, as a company a little bit conservative – especially after the Topic experience.”

In order to address this opportunity, a number of things are currently happening: There is an increased focus on relationships with software houses through which Telekurs data can reach customers; the data sets are being strengthened in key areas; and the company itself is increasing its headcount – a source of headaches in itself, as recent departures show.

“We would like to have as many relationships with software houses as possible, and to that end we have a business development unit that does nothing else but explore those relationships,” says Koch. “What we are against is entering into any kind of revenue share agreements, because we think that the end user should be able to choose what data they want. We’d like to think that we have the best data, but the market should really decide.”

On the point of data coverage, Koch readily admits that there are gaps that need to be filled. This is true of all vendors, he says. “Nobody in Telekurs, I hope, would ever tell you that we are happy with all of our content – that’s what we are always working to improve,” he says. “We really have to be guided by our customers need here, and while there are no big holes that have to be filled, there are always areas where we will be adding more depth.”

Part of the reason that he is reluctant to be more specific is that Telekurs as a company has a policy that data-gathering is the remit of local management. “We’ve had that view for the past 15 years, that it is important to have local knowledge of the data sources,” he says. “It affects coverage and quality, so that if a customer has a question about the data it can be answered by someone who really knows what they are talking about.”

So as the head of the U.K. operation, he will say that there are moves to improve the companies coverage of the U.S. corporate bond market, but will not elaborate on how his counterparts in the Americas are going to do that, other than to say that it will mean taking on more people.

Which is what the U.K. operation has been doing for a little while, with a headcount growth of some 30% over the past year. “This is a big managerial challenge in the U.K., because we do have a different culture, and while we hope to win new colleagues from the market, it needs willingness on both sides,” he says. “For us it is important not just to be able to sell, but to be able to deliver in order to build a sustainable business, which is different to some of our competitors.”

It’s a difference that has allowed the company to weather some difficult times and emerge as a candidate for promotion into the top tier of information providers. Having been though those difficult times, Koch is sanguine. “What will change over the next few years is the relationship between data providers, software houses and the customers, and that will change dramatically,” he says. “The best result is when the three work together in an open way for mutual benefit. We should not focus so much on direct competition – what do you win by being the only supplier?”

END_OF_DOCUMENT_TOKEN_TO_BE_REPLACED 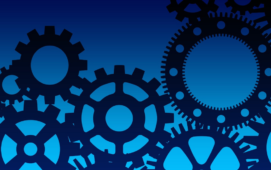