The Challenges and Opportunities of Data Lineage

Data lineage is driven by regulation and impeded by technology complexity and poor understanding, although once these impediments are tackled, successful implementation can yield significant business and operational benefits.

The challenges and opportunities of establishing a sustainable solution for data lineage were discussed during a recent A-Team Group webinar that was hosted by A-Team editor Sarah Underwood and joined by Johann van Biljon, data governance specialist at Rabobank; James Longstaff, vice president at Deutsche Bank; and Olivier Kenji Mathurin, head of strategic research at AIM Software.

Setting the scene for discussion an audience poll considered the drivers of data lineage. Regulation was named by respondents as the key driver, ahead of data value, client requests and market data costs. A second poll asked the webinar audience what is delaying data lineage projects. The results of this poll showed 46% of respondents identifying technology complexity as a problem, 20% noting a poor understanding of data lineage, and 15% noting either an absence of management buy-in or a lack of budget and resources.

The webinar speakers broadly agreed with the drivers noted in the first audience poll, saying data lineage is key to BCBS 239, but also an important factor of other regulations such as Dodd-Frank, European Market Infrastructure Regulation (EMIR), Markets in Financial Instruments Directive II (MiFID II) and the Fundamental Review of the Trading Book.

Implementation, the speakers suggested, should start small and grow over time with a clear focus on end goals, including which parts of the organisation will access data lineage and what it will be used for. A successful implementation will optimise data flows, provide better insight into data, and allow redundant systems and data services to be identified and switched off.

Listen to the webinar to find out more about:

END_OF_DOCUMENT_TOKEN_TO_BE_REPLACED 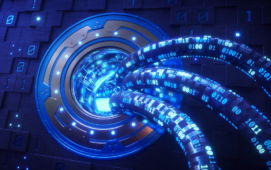 By Neil Sandle, Head of Product Management, Alveo. Today, we’re seeing rapid growth in data volumes and in data diversity within financial services firms. Different trends contribute to this growth of available data across the sector. One driver is that firms need to disclose more in order to comply with the continuing push towards regulatory...