By Kelvin To, founder and president of Data Boiler Technologies

AutoCAD has been the de facto computer-aided design (CAD) program for engineers for so long that it’s like an acronym for anything that is professionally engineered, designed and created. In capital markets, the Securities and Exchange Commission (SEC) has adopted rule 613 to establish the consolidated audit trail (CAT). It will be the world’s largest repository and ingest 30-120 billion trade events from over 2,000 sources on daily basis. Can CAT earn the high level of respect of AutoCAD? I have serious doubt about it amid all the controversies, and this is why:

The SEC has no alternative and no money

The SEC is expected to approve or reject the CAT National Market System (NMS) Plan to build this enormous CAT today. I don’t see anyone at the SEC having the gut to turn it down after over six years in the working. SEC Chair Mary Jo White doesn’t seem to have a ‘plan B’ to address the Flash Crash if CAT is a no go. The Commission has been over promoting that the CAT will ‘significantly increase the ability of industry oversight to conduct research, reconstruct market events, monitor market behaviour, and identify and investigate misconduct’. When all hands are on the deck, there’s a danger of overlooking the realities.

The plan in its current form is developed by Self-Regulatory Organizations (SROs) working in conjunction with various committees of industry groups. Realities are:

Mercy to folks at the SEC that have piles of long overdue pending cases. The agency has long been under-funded by the Federal budget. Without money, the SEC has no alternative but to rely on these SROs to enforce orders. In fact, SROs need to fight for their own survival too, to allow national exchanges and trading venues to stay afloat.

Thus, we have seen a proliferation of order types, different practices of rebates/commissions, order routing tactics, speed bumps and more. These ‘bandages’ have added significant complications for the SEC or anyone to manage. SROs and the industry have little incentive to do anything more than the CAT’s requirements, i.e. submit data into a centralised vault. They aren’t interested in returning powers to the SEC, so the SEC will still have the challenges of figuring out how to reconstruct market events, analyse the data and improve oversight.

Unrelenting focus on Google vs Amazon, lost sense of purpose?

In its current form, CAT NMS Plan calls for a T+5 schedule for regulatory access. So, regulators aren’t allowed to see the data until after five days of a flash crash? That’s ridiculous! The whole concept of requiring everyone to submit data into a centralised vault is flawed and invasive. A single source of truth may never be achieved, as it would take forever to agree on a common standard for data submission. In fact, CAT NMS Plan may have used the FINRA’s OATS as a blueprint when it was developed.

The fight between Google and Amazon has stolen the media’s attention. Many are watching whether the NoSQL camp represented by Google would be competitive with the Amazon’s Cloud solution to modernise FINRA’s OATS structural database. Such unrelenting focus on the two big data giants has caused the plan to lose its sense of purpose. Again, the CAT’s purpose is supposed to be about analytics, reconstructing market events, monitoring market behaviour, and identifying and investigating misconduct.

Sadly, many are not aware that there is a third runner – Thesys Technologies, a builder of the SEC’s MIDAS system and an affiliate of high-frequency trading (HFT) firm Tradeworx. Thesys appears to have the best sense about flash crash in my humble opinion, and is likely to embed an analytical framework in the design of CAT. Unfortunately, the third-party runner doesn’t win many votes.

The convenience of pointing to cybersecurity and IBG/YBG

The SEC has solicited public comments about CAT in a 1,090 page document with 456 questions. Many responses are less than three to five pages, mostly raising questions on cybersecurity, or the desire to retire OATS to avoid cost duplication with CAT. Some SROs seems to be more interested in the governance questions on CAT, and they are against the use of Legal Entities Identifiers (LEIs). Anyway, many difficult and controversial questions around the design of CAT aren’t addressed, although I did contribute to a 43 page response.

Instead of requiring submission of data to a centralised vault and being afraid of hacking, the SEC does have an alternative choice. The choice is to scrutinise all order/execution management systems and allow real-time analysis to be conducted directly at the point where data is originated. This type of in-memory or stream analytics is engineered to catch the rogues by continuously monitoring their play-by-play actions. Abusive behaviours would be captured and accumulated into stronger warning signals to prompt the necessary close scrutiny without delay.

Obviously, this ground breaking approach is very different to the current CAT NMS Plan. There are other benefits and better information security protection than moving data in and out of a repository. I can go on and on to explain the details, but I wonder – who at the SEC would have the gut to reject the CAT NMS Plan?

Frankly, our society is filled with I’ll be gone/you’ll be gone (IBG/ YBG) type of mentality. According to CAT’s implementation timeline:

Who knows who still will be around to consider the ‘AutoCAD’ engineering approach to market surveillance!

END_OF_DOCUMENT_TOKEN_TO_BE_REPLACED 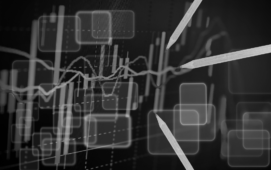 By Joseph Schifano, Global Head of Regulatory Affairs, Eventus Systems. Buy or build? It’s a question that has long vexed capital markets firms, especially given the rapid evolution of electronic trading and the technological complexity that has come with it. Individual circumstances will vary, but between the numerous vendors and the high level of in-house...