The Arrival of Autumn, and Change Is in the Air

Getting this issue of Reference Data Review written, edited, printed and shipped to Atlanta for Swift’s massive Sibos event was always going to be a challenge. Getting this issue to Sibos and conducting a sweeping survey of industry attitudes has been a gargantuan task – but what a fun one.

As you can see from the story on Page 1, A-Team’s analysts have been talking (and talking and talking) to reference and market data managers about their approach to data management. The result will be probably the most authoritative discussion of how our industry views the importance of reference data for the past two years. While the survey has concerned itself specifically with reference data, a huge underlying theme is emerging. The industry – the entire financial services industry, that is – is undergoing a significant change. Firms are no longer ‘winging it’ with respect to their internal infrastructures. Or rather, they are, but they know they have to fix them, and finally have decided to do something about it. Which brings us to the first surprise in our survey endeavours. That firms are being driven primarily by regulatory issues rather than by potential operational benefits. In hindsight, that makes sense. The failure of several ‘industry utility’ ventures and initiatives over the past few years (T+1 and GSTPA spring to mind) surely showed that the appetite for change wasn’t there. A huge part of the reason for that was the market downturn. Another was the sloppy state of affairs in back offices around the globe – the task was just too onerous. But terrorism and corporate scandals – and their impact on the regulatory environment in major financial markets – have forced the issue. The fear of regulatory censure, in monetary terms, and the potential for massive damage to brands that have cost billions to establish – reputational risk – have made decision-making easy. The market upturn (if you can call it that) has helped, opening up budgets. And as the business reinvents the way it does business, reference data begins to play a key role. Another surprise from the survey – and there were too many to mention here; you’ll have to download it – was the move toward a real-time environment. But the two are linked. Respondents told us they wanted not necessarily real-time processing, but the flexibility to perform tasks on an intra-day basis. Indeed, many were starting to look at market information and reference data from the same angle. What does this mean for our marketplace? On the user side, we’re seeing another speeding up of the processes in and around trading; hardly surprising given the explosion in algorithmic models and direct market access this past year. On the vendor side, there may be significant ramifications. Again, in hindsight, moves by ‘static’ data providers into ‘dynamic’ markets, and vice versa, have been increasing in frequency. We point to FT Interactive Data’s acquisition of Comstock, Futuresource and other real-time properties, and Reuters’ increased focus in the descriptive data space. The ultimate end-game is likely to be a significant move by one of the major vendors. We’ve always considered that a back-office provider would gulp down a front-office one. Now, we’re wondering if in fact the reverse will be true. Our illustrations are always enigmatic. We charged our excellent illustrator, David Wileman, with the task of encapsulating our view: that the big real-time data providers’ interest in the back office will force them into an acquisition of an established player in that area – see Page 11. The candidates for such a transaction are obvious. Or are they?

END_OF_DOCUMENT_TOKEN_TO_BE_REPLACED 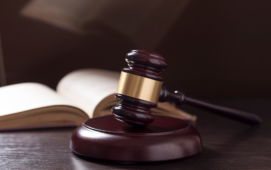 By Clare Rowley, Head of Business Operations at the Global LEI Foundation. In May 2020, the European Commission put forward a series of measures designed to strengthen the EU’s fight against money laundering and terrorist financing, including an Action Plan for legislative reform of the EU’s AML-CTF framework in early 2021 (see related links below)....