Broadening the adoption of a standard identifier for business entities, Telekurs Financial has implemented the International Business Entity Identifier (IBEI) codes for its Valordata Feed (VDF) and its financial display Telekurs iD. The vendor has been working on this implementation since June 2007 in order to allow European customers to identify participants in the processing chain of cross-border securities trading via IBEI codes.

Eight European countries have so far adopted the IBEI, but it has failed to gain the backing of countries such as the UK and the US during the second ballot on its introduction last year. The countries that have adopted the standard currently comprise Switzerland, France, Luxembourg, Liechtenstein, Belgium, Germany, Austria and Spain.

Telekurs has thrown its weight behind promoting wider use of the standard in Europe and reports that it has been strengthening its cooperation with the National Numbering Agencies with this in mind.

“The industry has been struggling for the last 10 years to agree on an IBEI concept. Telekurs Financial believes that the scheme of the IBEI code, as implemented by various Numbering Agencies, is an important step towards helping the global financial industry standardise the securities processing chain and thereby minimise the inherent operational risks of financial transactions,” says Nourredine Yous, head of data quality and development at Telekurs Financial.

END_OF_DOCUMENT_TOKEN_TO_BE_REPLACED 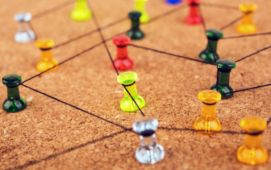