Talking Intelligent Trading with Sarah Underwood: The Scapegoat of the Libor Scandal

The conviction of former UBS and Citigroup trader Tom Hayes on eight counts of conspiring to rig the Libor benchmark and the handing down of a 14-year jail sentence hit the headlines big time. The judge said Hayes was the centre of the conspiracy, the Serious Fraud Office acting as prosecutor said he was motivated by greed, the defence said he simply wanted to do a good job, and comments from market participants suggested he has been made a scapegoat.

In some respects they are all right, but the suggestion that Hayes has been made a scapegoat needs a little more attention. Like Navinder Singh Sarao, the trader blamed for the 2010 Flash Crash, Hayes cannot be held entirely responsible for the benchmark rigging and, indeed, trials against some of his alleged co-conspirators are due to start late this year and early next. What seems to be missing is any acknowledgement from the banks that Hayes worked for that they knew what he was doing, suspected malfeasance, or tacitly condoned his activities.

This information is unlikely to be volunteered, and it is possible that the banks didn’t know what Hayes was doing, but it begs the far larger question of whether banks are in control of their traders and the data contributions that are made to benchmarks such as Libor. At a basic level, banks would no doubt argue that they are in control of activities within their infrastructure, but the conviction of Hayes, the first individual to be charged with Libor rigging, and the multi-billion dollar fines already meted out by regulators to banks found to have manipulated benchmarks paints a very different picture.

During a recent A-Team webinar, Bracing for the Wave – or Sailing Ahead of it? Reducing Risk through Benchmark Data Controls – you can listen to the webinar here , we talked to Professor Michael Mainelli, Executive Chairman of Z/Yen Group and an expert on Libor. He described the importance of the benchmark, which by the time the scandal broke in 2012 had about $300 trillion worth of contracts tied to it, but also the failure of regulators that were notified of benchmark rigging as early as 2005 to take any action until 2012.

A white paper by Skyler, Getting a Grip on Benchmark Contributions – you can read more here – also tells the story of the scandal, the fines imposed on banks and the initial regulatory response outlining principles for benchmark setting and guidelines for participating banks’ data contribution processes, including methodologies, governance and responsibility for enforcing controls over the contribution process. Since the Skyler report was published late in 2013, the European Commission has continued to push forward with benchmark regulation and although it is not yet final or effective, it is expected to require best practices around bank contributed data, including strong controls and an audit trail. The aim of the regulation is to make benchmarks more reliable and less at risk of manipulation. The outcome will be pressure on banks to understand and account for not only data contributions, but also the actions of their employees.

All a little too late for Hayes, but a clear indication that benchmark rigging is not the preserve of individuals, but a much broader malaise that banks and regulators have only recently chosen to investigate with any rigour.

END_OF_DOCUMENT_TOKEN_TO_BE_REPLACED 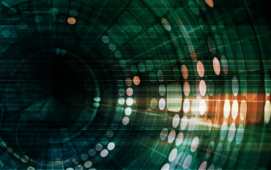