Swift’s ongoing upgrade of its Swiftnet data distribution initiative, from an exploratory toe in the water to a major strategic activity is beginning to reap rewards. Just days ahead of Swift’s Sibos event in Copenhagen September 5-9, FT Interactive Data has gone live with its ISO 15022-based corporate actions data via Swiftnet and has committed to expanding its use of the Swift network to include its core securities pricing and reference data.

FTID’s commitment is a boon to Swift, which began its initiative to promote the use of the ISO 15022 standard and its own Swiftnet network as a delivery mechanism for corporate actions two years ago (Reference Data Review, October 2003). Since then, after floating the idea of using Swiftnet – and its valuable connections to custodians, investment managers and brokers – for distributing other data types (Reference Data Review, October 2004), Swift this year has outlined more detailed plans.

Following the release of an asset servicing strategy white paper in the spring, Swift has worked to fine-tune its Swiftnet Data Distribution service offering. The strategy now clearly envisages the addition of pricing, reference data including securities identifiers, and several other data types to the network. The hope is that the core Swift community will turn to Swiftnet for delivery of all manner of data types in addition to the Swift messages it already receives through that medium, in effect establishing a single pipe for distribution of multiple data sources.

Getting the marketplace to make such a seismic shift is an acknowledged challenge for Swift. So far, most of the action has revolved around corporate actions, Swift having run a six-month CA pilot and early adopter programme that ran during the first half of last year. That completed, Swift’s board elected to move ahead with commercial distribution of CA data via Swiftnet. Live distribution began in earnest in March, when Telekurs and WM Daten from the vendor community, and the London, Singapore and Tokyo stock exchanges began offering corporate actions via Swiftnet.

That group will be expanded imminently by the addition of the Depository Trust & Clearing Corp., which will announce availability of its Global Corporate Actions (GCA) feed via Swiftnet at Sibos. Also waiting in the wings is Reuters, which is currently testing a 15022-compliant feed and expects to launch next year. The Australian Stock Exchange, too, will join the programme before the end of 2005. Other vendors and exchanges are being lined up.

According to Catherine Marks, SwiftSolutions manager, Asset Services, at Swift, the utility’s market share of global corporate actions message traffic has grown to around 15% from about 5% five years ago. Even more encouraging has been the accelerated growth over the past two or three years in the use of the structured MT564 message type for corporate actions, which is more conducive to achievement of straight-through-processing than its text-based counterpart MT568.

Marks reports that since going live with the ISO 15022 corporate actions capability in March, Swift has signed up a handful of clients that are currently implementing. “We’ve found that customers are used to taking market data in a certain way,” she says. “Our making data available challenges them to make operational changes, perhaps software changes, and there’s a knock-on effect on their corporate actions departments.”

Meanwhile, the commercial suppliers involved in the programme appear to have accepted that the adoption of ISO 15022 will take some time. Says one: “The market is not going to change that fast. The benefits of ISO 15022 will be huge and they are self evident. But the conservative nature of the clients means that it will be a while until it becomes so broadly used. The current pain level isn’t big enough to force them to move yet.” That said, this supplier reports interest from seven or eight clients, and hopes to see gradual growth first to the tens and then the hundreds of prospective clients.

Others point out that client organizations currently are being diverted by a range of broad industry and regulatory changes, among them the European Union Savings Directive (EUSD) and the Markets in Financial Instruments Directive (MiFID), both of which are proving a distraction. Moreover, these regulatory changes will impact the way and degree to which standards such as ISO 15022 will be adopted by market practitioners.

As one of the major suppliers of pricing and reference data, FT Interactive Data’s latest commitment to the project may help encourage Swift clients to come aboard. FT Interactive Data stepped into the breach a year ago, after mapping data from its proprietary formats to the ISO format. The company subsequently released its ISO 15022-based corporate actions service via the Internet.

According to Nat Sey, FT Interactive Data Europe’s manager of infrastructure and delivery, “Market feedback shows that there is significant interest in receiving ISO 15022 formatted corporate actions data over the Swiftnet network. With its corporate actions now live via Swiftnet, FTID says its pricing and static data will follow “in due course.”

“Market participants understand the value of a ‘single pipe’ and format for receipt of multiple feeds,” says Sey. “They also appreciate the reduction in interpretational risk that is afforded by the use of an internationally recognised ISO standard.”

Sey says FT Interactive Data is supportive of Swift’s initiatives to expand data types as it dovetails with its own vision of the use of standards. He says the Market Data Providers User Group, which brings together data vendors to discuss market practices and standards implementations, is providing the impetus for adopting standards for pricing and reference data.

He says whether the industry decides to move ahead with ISO 15022, ISO 20022 or the Market Data Definition Language (MDDL) promulgated by the Financial Information Services Division (FISD) of the Software & Information Industry Association, FT Interactive Data will support the initiatives. Furthermore, all these standards can be supported via Swiftnet.

Once ISO 15022-based corporate actions distribution has been accepted, it’s hoped that Swift’s client base will grow an appetite for a broader range of data types. The Swiftnet Data Distribution initiative “has evolved into a strategic activity for Swift,” says Marks. “It won’t be just corporate actions. We’re looking at standardized distribution of reference data and market data.”

Marks is currently investigating the viability of Swift developing a new suite of message codes for these data types, based on the emerging ISO 20022 standard. In reference data, for example, Marks cites Swift’s ability to distribute its own MIC and BIC codes, as well as the ability for the messages to carry ISINs and other local identification codes.

Swift has also upped the ante in terms of encouraging participation among its user base. New marketing collateral makes a clearer business case for the initiative, with a stress on efficiencies and reduction of operational risk. Swift sales staff has been briefed on the programme’s benefits, and recently attended seminars that included sessions from participating vendors’ sales teams, FT Interactive Data and Telekurs Financial among them.
Finally, the discount pricing programme announced by Swift in June rewards clients using the FIN structured message service – which incorporates the MT564 message type – offering discounts of up to 15% based on various parameters.

END_OF_DOCUMENT_TOKEN_TO_BE_REPLACED 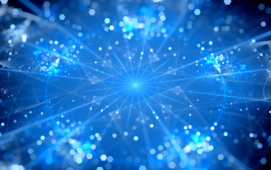 Architas Selects NeoXam DataHub for IT and Operational Transformation Programme